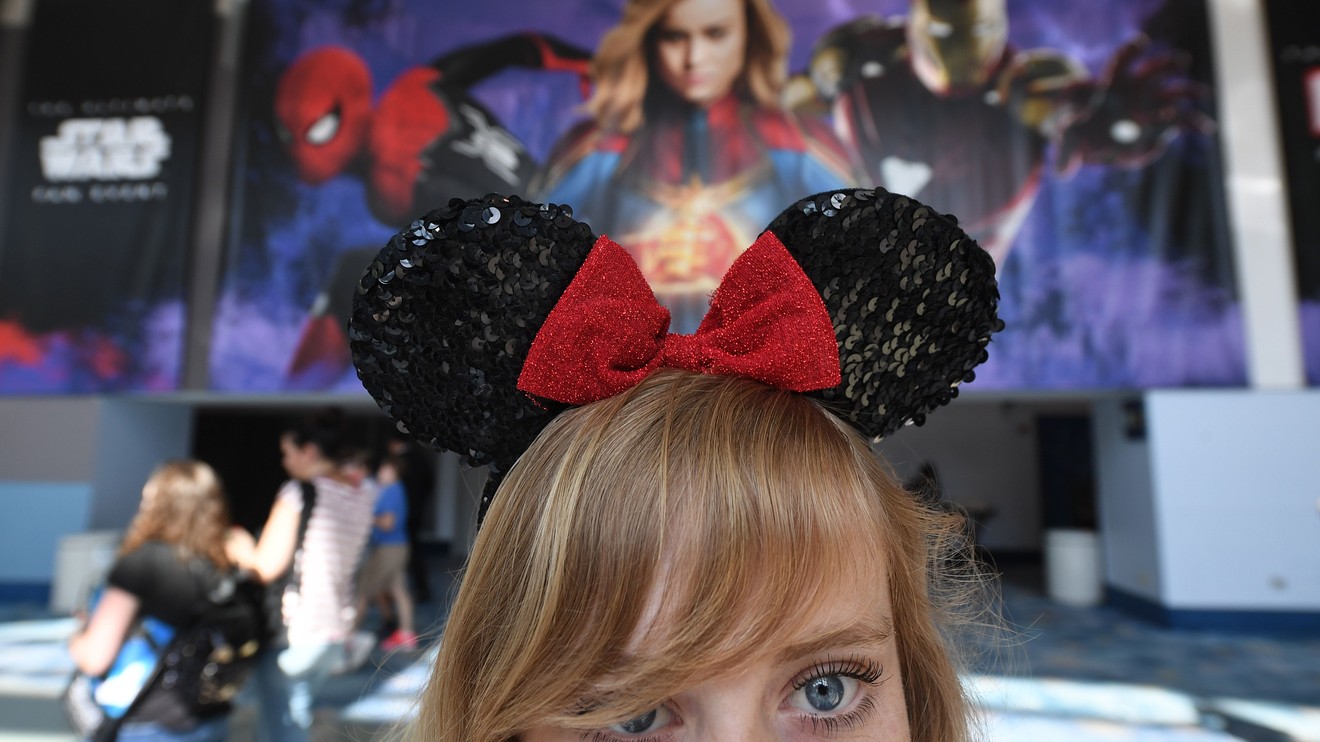 Walt Disney Co. said Tuesday that 26.5 million people subscribed to its Disney+ streaming service in the first quarter of availability, and other streaming offerings received a boost as well.

“We had a strong first quarter, highlighted by the launch of Disney+, which has exceeded even our greatest expectations,” Chief Executive Robert Iger said in the announcement.

Disney DIS, +2.41%  provided the update as part of its fiscal first-quarter earnings report, which showed profit of $2.13 billion, or $1.17 a share, on sales of $20.86 billion. After adjusting for some items related to the acquisition of assets from 21st Century Fox and other factors, Disney reported earnings of $1.53 a share. Adjusted earnings declined from $1.84 a share a year ago and revenue increased from $15.3 billion, and the results beat average analyst expectations of adjusted earnings of $1.46 a share on sales of $20.76 billion, according to FactSet.

Disney stock bounced between gains and losses of about 2% on both sides after the results were released, following a gain of 2.4% to $144.73 in the regular session. Shares have gained nearly 30% in the past year, as the Dow Jones Industrial Average DJIA, +1.44%  , which counts Disney as a component, has increased less than 14%, but much of Disney’s gain came in the first quarter of 2019.

Wells Fargo analysts suggested in an earnings preview there was a rough over/under line for Disney+ subscribers of 20 million, and most analysts were taking the over after Disney revealed that it had attracted 10 million subscribers the day following the service’s launch in the U.S. and two other countries. The Wells analysts expected 22 million subscribers. Disney is set to launch the streaming service in Western Europe before the end of the current quarter, after moving up the launch date.

See also: Disney+ is off to a roaring start with 22 million mobile downloads

Disney+ is part of one of Disney’s smallest segments, which combines its direct-to-consumer efforts and international media units and reported quarterly revenue of $3.99 billion. It is the only money-losing segment for Disney, reporting an operating loss of $693 million. Analysts on average were expecting an operating loss of $802 million on revenue of $3.85 billion, according to FactSet.

Disney+ seemed to help Disney’s other streaming efforts, boosting that segment. Disney said that the ESPN+ streaming service had 6.6 million subscribers, nearly double the 3.5 million that Iger disclosed just three months ago. Hulu topped 30 million paying subscribers, at 30.4 million, and Iger said three months ago that total was 28.5 million. Disney is offering Disney+, ESPN+ and Hulu’s video-on-demand service in a single bundle for $12.99 a month, and Disney noted that a decline in the average revenue for each ESPN+ and Hulu subscriber was due to that bundling effort.

For more: ‘A pivotal quarter’ has Disney+ doing battle with coronavirus fears

Disney plans a conference call with executives at 4:30 p.m. Eastern time to discuss the results. Analysts expect the company will address concerns about the coronavirus in that call amid theme-park and movie-theater closures in China that could damage Disney’s business in that country, which is expected to be a focus of one of the largest movie launches in the current quarter, the live-action “Mulan” reboot.