Home
Stocks
Dispatches from a Pandemic: In Paris, the French scramble to make sense of a chaotic situation — with paperwork
Prev Article Next Article
This post was originally published on this site 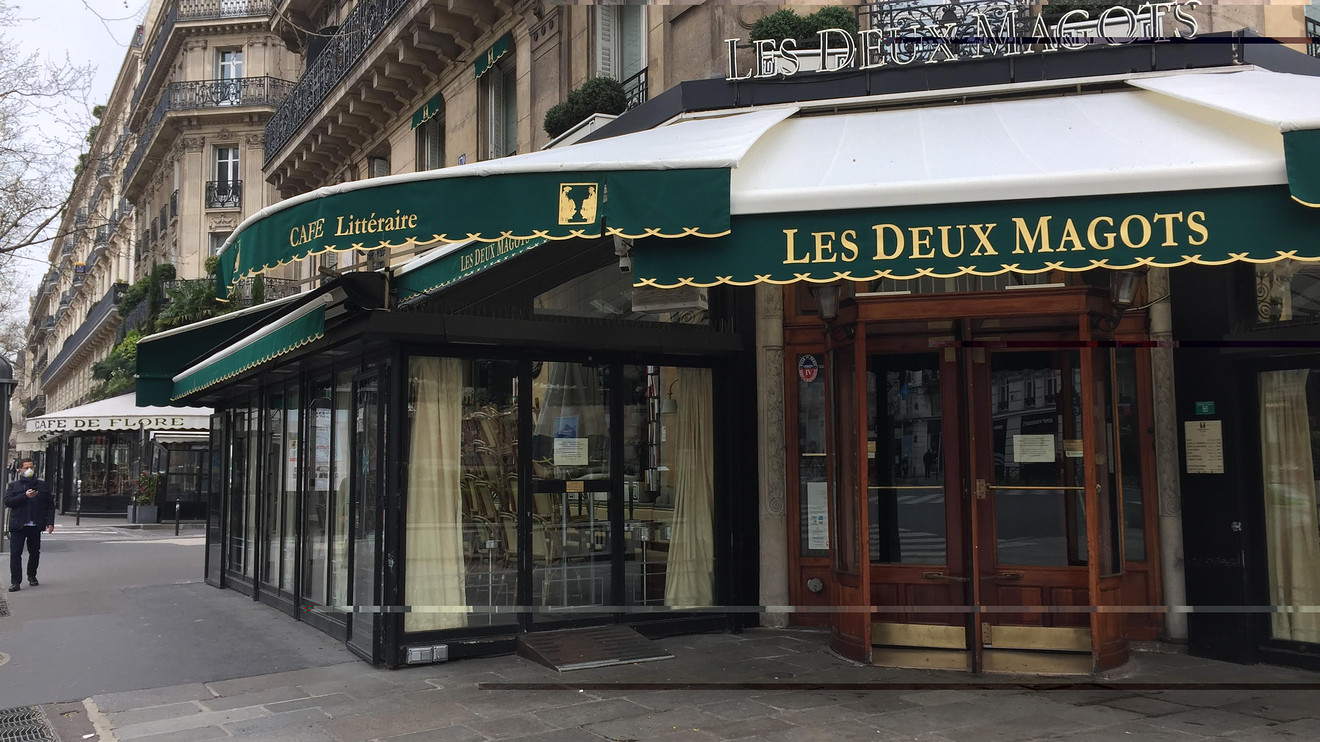 PARIS, France — On Tuesday morning, shortly before France went into official lockdown, I stopped to take a photo of the iconic Parisian brasserie Les Deux Magots. The normally-bustling cafe was shuttered, and Saint-Germain-des-Prés, the historic neighborhood where it is located, was the quietest I’ve ever seen it.

As I reached for my phone, a Frenchman came over to me and started grumbling. His parents had lived through the war, he said, and even then, they never closed Les Deux Magots. He was less than receptive when I tried to reason that this was a different kind of threat than the war, and warranted a different response.

You can’t blame him for not fully understanding. President Emmanuel Macron did say six times in a live address last Monday that we were “at war.” That refrain was clear, though other government messaging — including around the actual rules of the lockdown — has been notably more opaque. Despite asking bars, restaurants and non-essential shops to close at midnight last Saturday, March 14, the state went ahead with nationwide municipal elections the following day. (Perhaps no surprise that Paris’ parks soon filled with flâneurs enjoying what felt like the first real day of spring.)

The next evening we learned we’d be starting 15 days of formal confinement (a period everyone expects to be extended). In a decree released after the president’s press conference, we were told we could only leave the house for five reasons, such as going to a doctor’s appointment or buying essential items (in addition to regular groceries, pastries and wine made the cut). We also learned we’d need to carry a certificate, or attestation — essentially a handwritten hall pass excusing ourselves for being outdoors. The memes proliferated.

Macron had specifically said we could go for runs. So Parisians, normally loathe to don active wear in public, flooded the streets in their sneakers and leggings.

Taking brief, solo exercise is also among the five valid reasons for going out, and on Wednesday, you would have been forgiven for thinking a marathon was underway. There was some confusion around whether a simple stroll would be permitted, but Macron had specifically said we could go for runs. So Parisians, normally loathe to don active wear in public, flooded the streets in their sneakers and leggings — though many appeared to be taking suspiciously long walking breaks.

Before long, rumors began to swirl that we would be limited in how far we could jog. On Twitter TWTR, +3.97%, the sports ministry told one curious runner he could only go 1-2 kilometers (0.6-1.2 miles) from home. Out in the street, a police officer told me there was no official limit but rather it was up to their discretion; in her opinion, three or four city blocks seemed fair. By Friday, a friend in the 7th arrondissement heard gendarmes out her window restricting joggers to only 500 meters (0.3 miles). Each new development sent Twitter, and my WhatsApp conversations, into a frenzy.

One triathlete I know, who is currently training for an Iron Man, found a 5-kilometer loop around his Paris home that he can make four or five times per run. But when it comes to cycling, the guidelines are even hazier. The French cycling federation said the sport did not meet the necessary criteria, while the ministry of interior told Liberation newspaper it was permitted if necessary for “personal balance.”

Amidst the confusion, there is space for humor. Another whisper — that soon we would only be allowed to leave the house once a day, and would have to choose just one of the five acceptable reasons — prompted a wry response in my family group chat. “Sounds complicated,” my cousin said, “if you go to work every day, for instance, and need food.”

Authorities are pleading with citizens to use common sense and courtesy, and to take the dangers seriously. But the lockdown reflects not only France’s unique relationship with bureaucracy, but also its disdain for overreaching authority.

Though they may smirk at the required certificates to leave the house, the French are more than familiar with paperwork. Anyone who’s had to renew a driver’s license or update a national-identity card knows that. They are less welcoming, however, of checks on their personal freedoms. The French national motto, after all, begins with “Liberté” and I’d argue they are second only to Americans in their love of freedom.

Nowhere does that manifest itself more obviously than in their frequently-exercised right to protest. Take, for example, the recent months of general strikes (sparked by a government plan to reform pension schemes, which Macron has now postponed), and the Gilets Jaunes (“Yellow Vest”) protesters, who took to the streets as usual last Saturday despite a global pandemic having been declared.

Still, we are finding silver linings. Every evening at 7 p.m., the residents of the building where I’m staying open their windows to the courtyard and greet each other, often with a glass of wine in hand.

The French have long had a fraught relationship with authority. Some took issue with the state of emergency declared in 2015 after a series of terrorist attacks. That was extended five times over the course of two years, and activists argued the exceptional powers given to security services were eroding human rights. Even I found it unsettling, during that time, how gendarmes could materialize out of nowhere one moment and disappear the next.

Now, again, there is a heightened police presence. Though they are tasked with fining people for breaking the lockdown rules, their presence could also ease concerns about street crime given the emptier neighborhoods and talk of an impending nationwide curfew (the city of Nice already imposed one last week). The question of crime admittedly crossed my mind when, during the only metro ride I’ve taken since the lockdown, I witnessed an attempted cell-phone robbery on a nearly-empty train.

As for the virus itself, the situation in France is not yet as desperate as in other countries. There is, however, a shortage of N95 masks in some hospitals, while police still appear to have them, and many civilians, too. One of my cousins, a medical resident who works in an emergency department treating non-coronavirus patients, is being rationed three surgical masks a day. Those might protect his patients from him, but won’t protect him from the patients, or anyone else. Meanwhile, Parisians, like the Spanish, are taking to their balconies every evening to cheer for medical workers — a heartwarming gesture, if not as useful as PPE.

As the first week of lockdown rolled into the weekend, Paris became noticeably quieter. Whether it was the colder weather or people starting to feel the sting of police fines (€135, or $145) if you break the rules), the streets emptied. No amateur athletes along the Seine; the quays were closed to foot traffic on Saturday. On Sunday, the day my family usually gets together for lunch, we instead took to our computers — and celebrated my nephew’s third birthday over video call.

Still, we are finding silver linings. Every evening at 7 p.m., the residents of the building where I’m staying open their windows to the courtyard and greet each other, often with a glass of wine in hand. We’re not Italian — we don’t sing songs — but even this gesture is more than you might expect from Parisians. My French aunt, with whom I’m locked down, liked the idea but worried we’d have little to say. We’ve lived in the same building for years but barely know each other, she admitted.

In the end, we’ve been pleasantly surprised by the friendly conversation. Amidst all the uncertainty, it is one regular activity we never miss.