Home
Stocks
Dispatches from a Pandemic: Life at a small bakery amid coronavirus: open just 2 days a week and struggling to survive
Prev Article Next Article
This post was originally published on this site 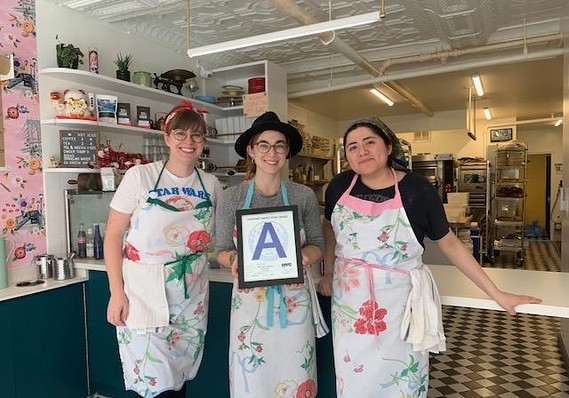 Jacqueline Eng, center, as she prepared to open Partybus Bakeshop in New York.

Like many other small-business owners, Jacqueline Eng wonders how much longer her store can last amid the coronavirus pandemic.

Her small-batch bakery, Partybus Bakeshop, opened on New York City’s Lower East Side shortly before Thanksgiving with the help of a $150,000 loan from the Small Business Administration.

She started with seasonal pies and naturally leavened sourdough breads, added pizza and sandwiches for the lunch crowd and was meeting her business plan — and then the coronavirus hit China. People stopped going to Manhattan’s Chinatown, some 7,500 miles away from Wuhan.

Even before New York prepared to shut down all nonessential businesses on Sunday night, the ever tightening rules to fight coronavirus meant she was down to opening twice a week, on Wednesday and Saturday, for six hours at a time.

“That’s about all I can afford staff-wise, assuming I bring in a couple hundred bucks a day. Right now I am draining my finances.”

Her business interruption insurance? “Unless the state has a mandated shutdown of food and beverage businesses, we can’t file.”

New York state has a website that touts plans to offer up to $6,000 in payroll grants for companies with five or fewer employees and $75,000 in low-interest loans for those with fewer than 100 employees. But that’s been up for two weeks with no way to apply and no fresh information, she said.

The SBA offers disaster relief loans, and she attempted that, but the paperwork was just as complex as for her original loan, and that process took six to nine months. This time, she gave up.

“By the time the money comes through, we would be closed,” she said.

Most commercial leases in New York City can be canceled with 30 days’ notice if the tenant isn’t in arrears. But she’d still have the loan, which she had used to gut what had been a frozen fish wholesale distributor with a walk-in freezer on the ground floor, buy equipment — a new deck oven costs $30,000 to $50,000 — and give herself a financial buffer that she’s already burned through.

“All of us small fish are busy crowdsourcing,” she said from her one-bedroom apartment two blocks away from the Essex Street bakery. “Buy these gift cards at a reduced rate, and when we reopen, we’ll honor them. Or buy our merch.” 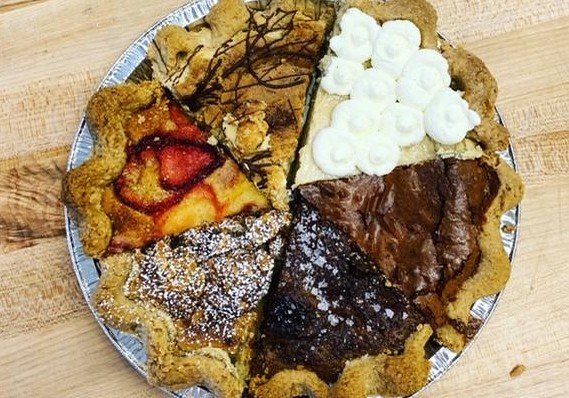 The new rules to fight the coronavirus make sense, she says, but the restaurant business feels left out of the conversation. She has a few suggestions for help — “even something as little as postponing quarterly payroll taxes,” which she said politicians in Washington decided against — or “there’s a delay on evictions, but why not go further, like a month’s rent abatement?”

More is at risk than just some businesses. Small, local businesses are what gives a town or city its character, she said. Her own colorful shop, named after her 2003 Honda Odyssey minivan that she says “really kickstarted me wanting to feed people and create more friends and family by feeding people,” had an 18-seat cafe space and offered small-group baking lessons.,

Those are gone, and she has stopped buying from her suppliers, some of them other small businesses. She now only takes orders for pickup, then leaves the food by the propped-open door when the customer arrives, walks away and then the customer can take the bag.

Within a half-mile radius of her shop, all but three restaurants have already temporarily shuttered their doors — and this is an area with seven to eight restaurants per block.

New York has become a shadow of the city that never sleeps.

Unlike in the aftermath of Hurricane Sandy, when lower Manhattan lost power, people can’t bring their grills into the street and create community. Eng says that in her neighborhood, people are only going out to get groceries. The line to get into the nearby Target recently stretched around the block, and then there was the line wrapping around the store to reach the checkout line.

“If [small businesses] don’t get the support we need, we’ll all disappear,” she said.