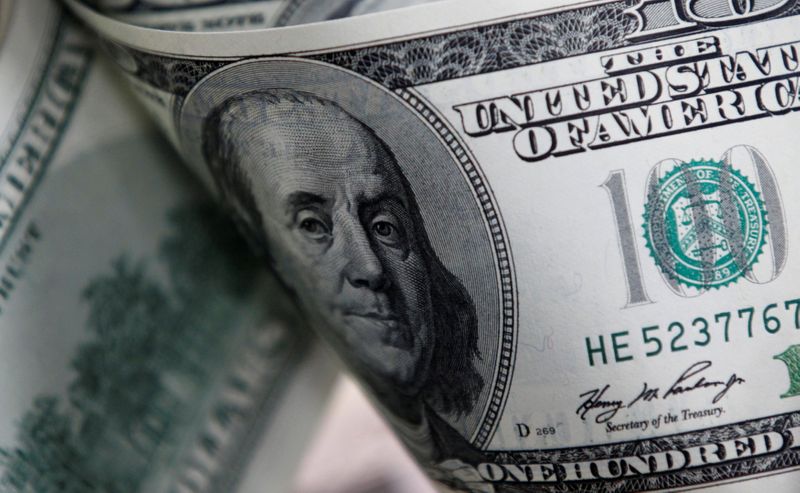 TOKYO (Reuters) – The dollar held gains against the yen on Thursday as growing fears that a coronavirus outbreak is turning into a pandemic boosted demand for the safety of U.S. Treasuries.

The dollar also traded near a three-month high versus the pound due to worries Britain’s trade talks with the European Union were stalling and dashed expectations for big fiscal spending.

The euro, however, held up against the greenback’s wider advance as traders eyed reports that Germany’s finance ministry is considering easing fiscal spending restrictions to boost its flagging economy.

Most currencies were locked in narrow ranges as traders nervously monitor the global spread of the coronavirus that emerged in China late last year.

The virus is now spreading faster outside of China than within, stoking fears that the economic impact of travel curbs, supply chain disruptions, and falling demand might be far greater than previously anticipated.

“There was a question whether you should buy the dollar or the yen as a safe haven, but the moves in Treasuries show that more investors are choosing the dollar,” said Takuya Kanda, general manager of the research department at Gaitame.com Research Institute in Tokyo.

“Sentiment suggests the dollar’s downside is limited against the yen. This also boost the dollar against other currencies.”

The dollar was quoted at 110.35 yen on Thursday in Asia, following a 0.2% gain in the previous session.

The greenback has pulled back from a 10-month high of 112.23 yen reached on Feb. 20 but still remains above support levels, suggesting further declines could be limited, some traders say.

By far the biggest boost for the dollar has been a massive rally in U.S. Treasuries as worries about the virus triggered demand for the safety of government debt.

Benchmark 10-year U.S. Treasury yields () fell to a record low for the second consecutive day on Thursday, as traders adjusted portfolios to take account of growing risks to growth.

Investors in the dollar are also focused on the release of U.S. durable goods orders and gross domestic product data later on Thursday, which could test its safe-haven status if the numbers disappoint expectations.

Efforts to contain the outbreak have paralyzed large swathes of China’s economy, which are only slowly returning to normal. There are worries that other countries could face the same problem as the virus spreads around the world.

Some traders warn that the safe-haven status assigned to U.S. assets is not guaranteed, and market sentiment could quickly turn against the greenback if coronavirus infections started rising rapidly in the United States.

The new round of talks between Britain and the EU is scheduled to start on Monday, but comments from both sides suggest their views on the scope of a fee-trade agreement differ greatly.

In addition, some investors are unwinding long positions in cable as they scale back expectations for an expansionary fiscal policy.

The euro () held steady at $1.0885 as traders pondered how European officials would respond to a weakening economic outlook.

Germany’s government is considering suspending strict rules on the amount of debt it can raise, the finance ministry said on Wednesday, as it faces growing pressure to kick-start a sluggish economy by spending more.