Home
Stocks
Economic Outlook: Visa and Mastercard earnings: In with the new as card companies embrace emerging trends
Prev Article Next Article
This post was originally published on this site 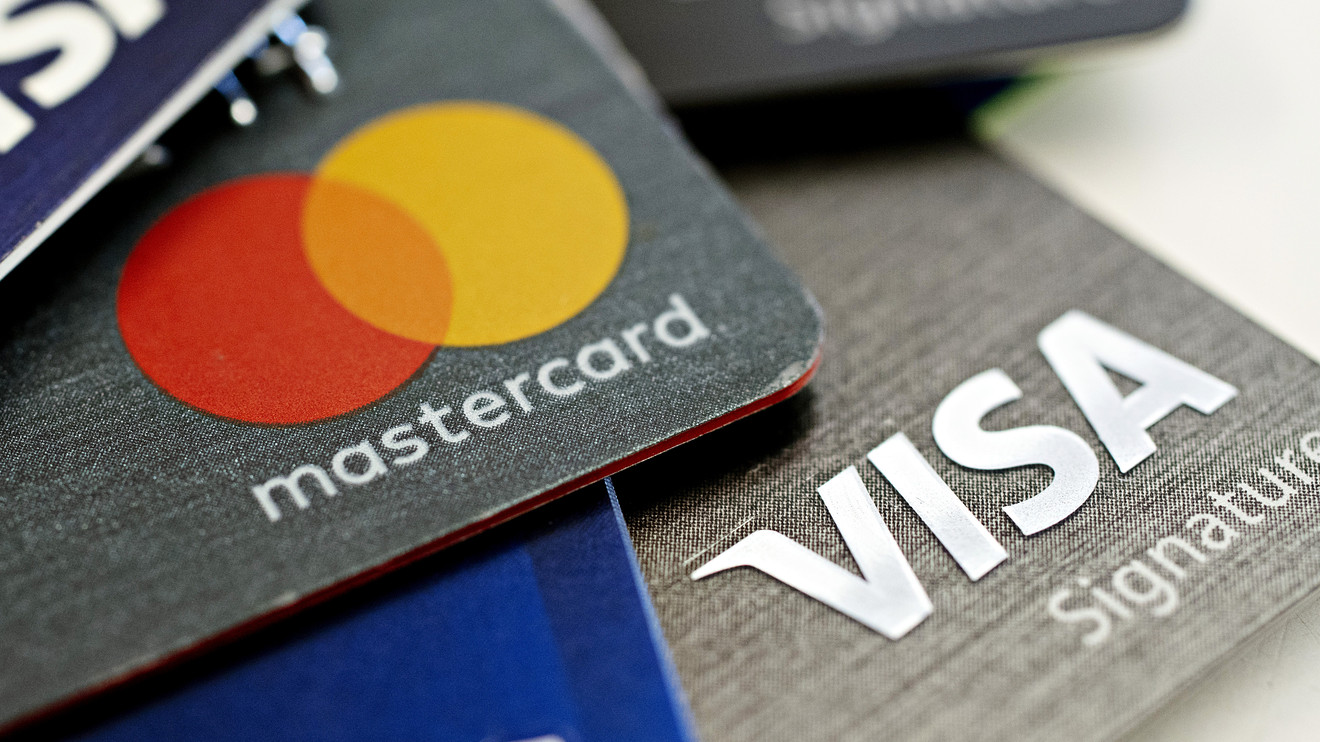 The card networks’ ever-evolving business models will be on full display this week.

Both Visa Inc. V, -1.61%  and Mastercard Inc. MA, -2.44%  have been chasing new revenue opportunities aggressively in recent months, striking deals and partnerships with younger players in the industry. While card processing remains core to the business, both companies have been proactive about staying on top of emerging payments trends, which should be a focal point of their earnings reports this week.

Mastercard is up first with its Wednesday morning report, which will cap off a fiscal year in which the company made seven acquisitions, the most in its history as a public company, said Barclays analyst Ramsey El-Assal in a recent note to clients. He expects that the deals will continue to give Mastercard a top-line boost in 2020 while remaining dilutive to earnings.

Visa’s Thursday afternoon report comes shortly after the company announced that it plans to spend $5.3 billion to acquire Plaid, a fintech upstart that lets users connect their bank accounts with platforms like Mint and PayPal Holdings Inc.’s PYPL, -1.49%  Venmo. The Plaid deal hasn’t closed yet, but Visa has been highly acquisitive over the past year. It’s also been building out business-to-business capabilities, trying to be a go-between for more commercial payments, which have traditionally bypassed the card networks.

Read: Visa makes another move beyond credit cards with $5.3 billion deal for Plaid

“We believe investors are focused on the card network’s ability to expand its addressable markets,” Cantor Fitzgerald analyst Joseph Foresi wrote in a note to clients. Look for indications of how newer revenue streams are impacting the company’s results and outlook.

Another potential catalyst that could get some play on the companies’ earnings calls is China. Analysts say the Phase 1 trade deal could make it easier for the card giants to enter China, though actually generating business in China amid stiff local competition would be a steeper hurdle. Nonetheless, it will be interesting to see if management from either company comments on the evolving situation.

Earnings: Analysts surveyed by FactSet expect that Mastercard earned $1.87 for its fourth quarter, up from $1.55 a year prior. According to Estimize, which crowdsources projections from hedge funds, academics, and others, the average estimate calls for $1.94 in earnings per share.

The FactSet consensus calls for $1.46 in fiscal first-quarter EPS for Visa, while Estimize models $1.51. Visa posted $1.30 in EPS for the December quarter a year ago.

Revenue: Mastercard is expected to report $4.40 billion in fourth-quarter revenue, according to FactSet, up from $3.81 billion a year earlier. Estimize models $4.44 billion.

The FactSet consensus models $6.08 billion in quarterly revenue for Visa, while Estimize is calling for $6.14 billion. That would be up from $5.51 billion a year ago.

Both Visa and Mastercard are favorites among analysts: 33 rate each stock a buy, according to FactSet, while two have hold ratings and one is at sell.

Results from various banks suggest a healthy spending landscape, according to Barclays’ El-Assal, but he points to a couple of indicators that are potentially less encouraging. Census Bureau data shows “material deceleration in card-not-present (ie, online, telesales, catalog) spending growth (based on October/November), which we believe was mostly driven by a later start to the holiday season year-over-year,” he wrote. In addition, there are indications of a more challenging spending environment in Europe.

El-Assal is still bullish on Visa and Mastercard and rates both stocks at overweight.

Cantor’s Foresi will be looking for commentary about international trends: “Around 60% of Visa’s pymt volumes come from outside the United States and Canada,” he wrote. “We view the [Asia Pacific] region as the best opportunity for Visa internationally, based on the large opportunity for cash change in circulation (CIC) and technological capabilities.” He has overweight ratings on both Visa and Mastercard shares.

Another interesting topic on the calls will be newer payment flows, including Mastercard Send and Visa Direct. These allow the card giants to make use of their rails even when customers aren’t swiping, dipping, or tapping a credit card. Mastercard Send and Visa Direct let users send money back to their bank accounts after using peer-to-peer services and enable gig-economy companies to pay their workers more quickly than every two weeks.

Macquarie analyst Dan Dolev views these so-called push payments as a $10 trillion opportunity for the card companies, mainly stemming from business-use cases. Visa and Mastercard executives may talk more this week about traction for their services.

Dolev has outperform ratings on Visa and Mastercard.