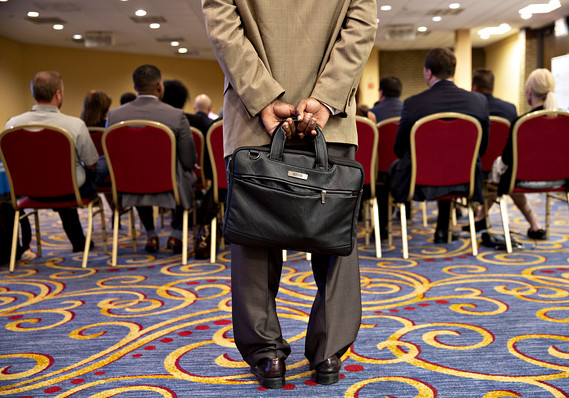 A job seeker listens to employer presentations during a hiring event in Oak Brook, Illinois.

The numbers: The number of open jobs fell to 6.8 million in December from 7.36 million in the prior month, the Labor Department said Friday. That’s a 21-month low.

The share of people who left jobs on their own, known as the quits rate, held steady at 2.3 in November. Economists watch the number of quits as a barometer of how confident Americans are that they’ll be able to find another job. 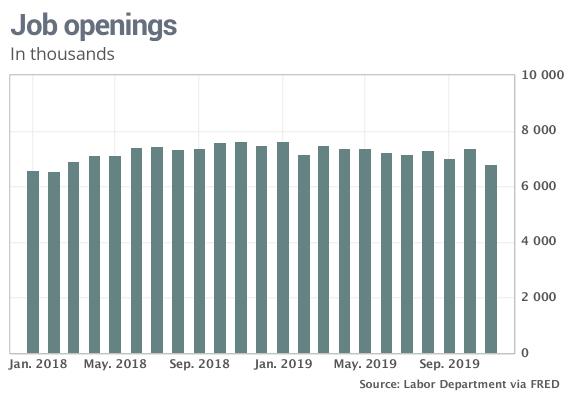 Job openings over the past two years.

What happened: The largest declines in job openings were in retail trade and construction. In November, 3.54 million Americans left their jobs, up from 3.5 million in the prior month.

Big picture: Job openings have been trending lower in recent months. At the same time, nonfarm payroll growth has remained strong, and the jobless rate has dropped near historical lows.

The quits rate has been disappointingly low as businesses are not offering attractive wages to lure employees to quit their jobs, analysts said.

What are they saying? “For job seekers, things are still good — but don’t expect things to get better. If you are in the position to take advantage, do it now and don’t let this opportunity pass you by,” said Nick Bunker, an economist at Indeed Hiring Lab.