Home
Stocks
Economic Report: Job openings in the U.S. fall to 2-year low – ‘not a good trend’
Prev Article Next Article
This post was originally published on this site 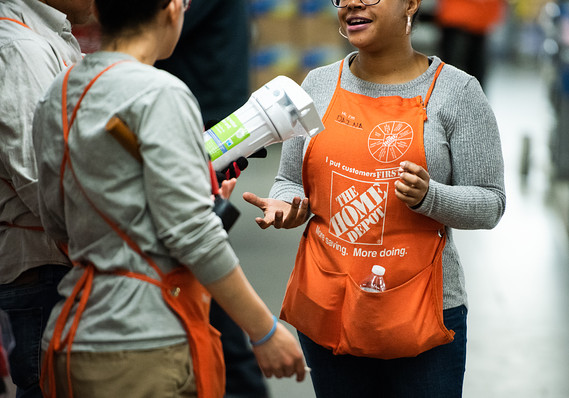 Employees at Home Depot. Many companies are still looking for help, but job openings and hiring have slowed in the past year.

The numbers: The number of job openings in the U.S. fell to a two-year low in December, reflecting a slowdown in hiring tied to a softening economy.

Although job opening are still relatively high and hiring is steady, economists say the sharp drop toward the end of 2019 is a bit worrisome.

Job openings sank to 6.42 million in December from 6.79 million, the Labor Department said Tuesday. It’s the second significant decline in a row and openings have fallen by more than 1 million in the past 12 months. 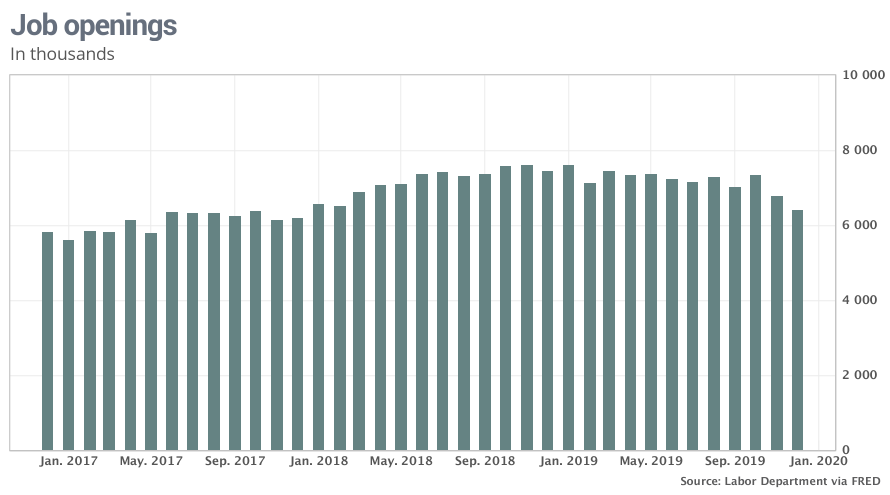 Just a year ago, job openings climbed to the highest level on record at 7.63 million.

What remains to be seen is whether openings snap back in January after the unusually large back-to-back declines. The U.S. added a robust 225,000 new jobs in January to keep the unemployment rate near a 50-year low of 3.6%.

A closely followed measure that tracks when workers leave one job for another, known as the quits rate, slipped a notch to 2.5% in the private sector. The rate hit a 14-year peak of 2.7% last summer.

More workers quit when the economy is good and they think they can find a better or better-paying jobs. Fewer quit if they are less certain about the economy.

Big picture: There’s still plenty of work to be found for those who are looking. The number of available jobs continues to top the 5.9 million Americans officially classified as unemployed.

What’s contributed to slower hiring is a shortage of skilled workers in an extremely tight labor market. Many jobs haven’t been filled because companies can’t find the right people to fill them.

The economy, meanwhile, has shown more oomph in early 2020. The U.S. has been growing for a record 10½ years, a streak that shows no sign of ending.

What they are saying? “Though there are still more job openings than unemployed workers for the 22nd straight month, this trend is concerning,” said Tara Sinclair, senior fellow at Indeed Hiring Lab.

Read: Fed’s Powell says the coronavirus poses a risk to the U.S. economy

Market reaction: The Dow Jones Industrial Average DJIA, +0.13% and S&P 500 SPX, +0.44% rose in Tuesday trades and are trading near or at record highs.