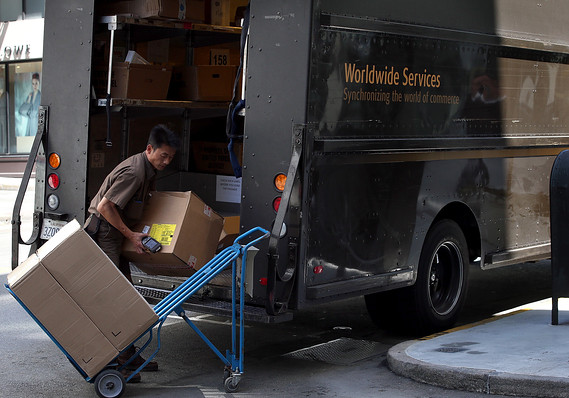 The numbers: The number of Americans who applied for unemployment benefits in early January fell for the fifth week in a row, giving a clean bill of health to strong U.S. labor market as 2020 got underway.

Initial jobless claims declined by 10,000 to 204,000 in the seven days ended Jan 11, the government said Thursday. The figures are seasonally adjusted. 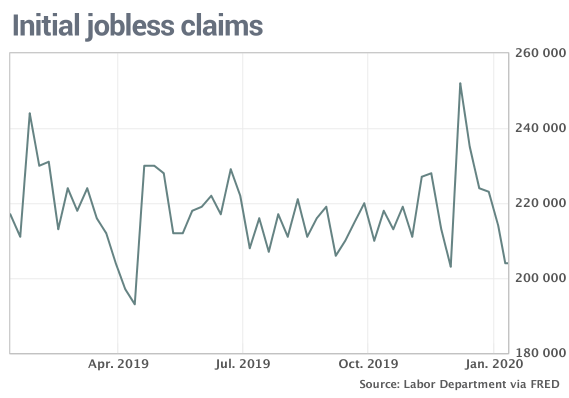 Claims are seen as a rough measure of how many people are losing their jobs. They fell to a 50-year low of 193,000 last April and have mostly hovered in the low 200,000s since then.

Read: What American consumers paid more for in 2019 — and what cost less

What happened: Some companies have reduced employment in the past few months, mainly in manufacturing, energy and transportation. But layoffs are still extremely low throughout the economy.

New claims soared last week in California and also rose sharply in Texas and Missouri, but those increases were more than offset by big declines in New York, Wisconsin and South Carolina.

The monthly average of new claims, meanwhile, dropped to 216,250 from 224,000. The four-week average filters out some of the weekly ups and downs in claims.

The number of people already collecting unemployment benefits, known as continuing claims, decreased by 37,000 to 1.77 million. Last week it hit the highest level since April.

Big picture: Despite scattered reports of jobs cuts, many companies are still hiring and few are laying off employees. The economy added 145,000 new jobs in December, keeping the unemployment rate at 50-year low of 3.5%.

A sturdy labor market, low U.S. interest rates and easing trade tensions with China are likely to extend an economic expansion now in a record 11th year through the end of 2020, analysts say.