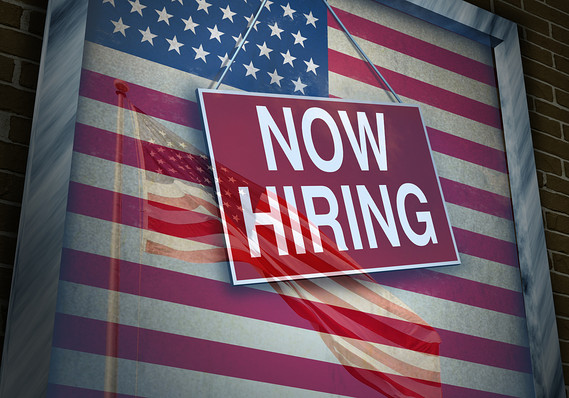 The U.S. economy is still adding jobs and layoffs remain near a 50-year low.

The numbers: The number of Americans who applied for unemployment benefits in mid-January rose slightly, but layoffs remain near a 50-year low and there’s no sign of deterioration in the strongest U.S. labor market in decades.

Initial jobless claims increased by 6,000 to 211,000 in the seven days ended Jan. 18, the government said Thursday. The figures are seasonally adjusted. 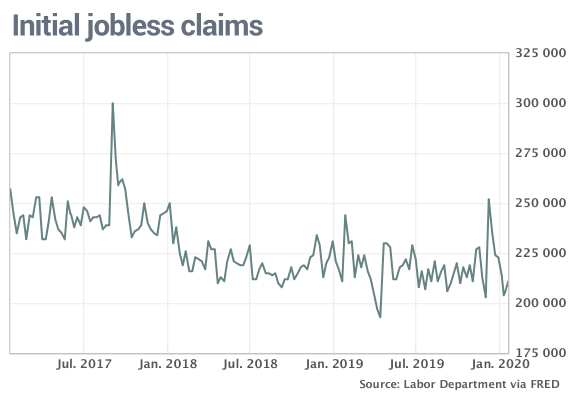 The more stable monthly average that filters out the weekly ups and downs slipped by 3,250 to 213,250.

New unemployment claims are seen as a rough measure of how many people are losing their jobs. They briefly fell under 200,000 last April to a 50-year low and have hovered in the low 200,000s since then.

What happened: Raw or unadjusted jobless claims actually rose in Georgia, Pennsylvania, Missouri and most states, but the increases largely reflected seasonal swings after the holiday season that typically fade away by February.

New claims were slightly lower compared to the same week one year ago, however.

Big picture: The U.S. economy is growing more slowly, but it hasn’t stopped consumers from spending. As a result, companies face little pressure to slash payrolls with sales still growing and skilled labor in such short supply.

That bodes well for the health of the labor market — and the broader economy — in 2020.

Read: The U.S. economy still isn’t firing on all cylinders. Here’s what needs to change

Market reaction:The Dow Jones Industrial Average DJIA, -0.03% and S&P 500 SPX, +0.03% were set top open lower in Thursday trades. Stocks have been trading at record highs for the past few weeks.