Home
Stocks
Economic Report: The U.S. economy’s service sector grew in February at fastest pace in a year, but angst over coronavirus grows
Prev Article Next Article
This post was originally published on this site 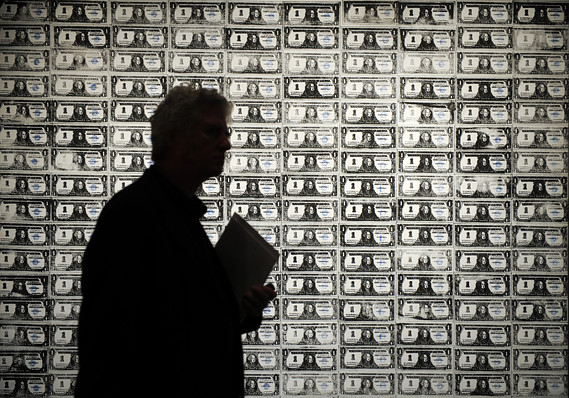 The spreading coronavirus has cast a pall over the U.S. and global economies.

The numbers: The large service side of the U.S. economy expanded in February at the fastest pace in a year, but growing worries over the coronavirus toward the end of the month foreshadowed trouble head, a survey of business executives showed.

The Institute for Supply Management’s survey of service-oriented companies such as restaurants, hospitals and grocers climbed to 57.3% in February from 55.5%.

Economists polled by MarketWatch had forecast a 54.8% reading. Numbers over 50% are viewed as positive for the economy and anything above 55% is seen as exceptional. 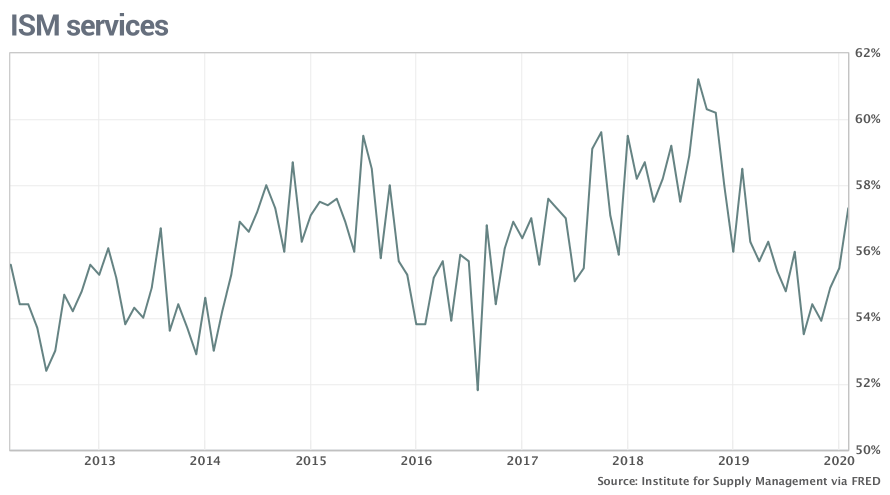 Service-oriented companies that derive most of their sales in the U.S. had been better shielded from the trade fight with China than American manufacturers, but the coronavirus is a different story. The viral outbreak has already hurt tourism, transportation and travel-related businesses and other sectors might soon feel the ill effects.

A similar ISM survey of manufacturers indicated that business began to slow to a crawl in February as supply bottlenecks tied to the coronavirus impaired their ability to get parts.

Altogether, 16 of the 18 industries tracked by ISM said their businesses were expanding.

The patina of optimism at the start of the year, however, appeared to fade near the end of the month.

“Most respondents are concerned about the coronavirus and its supply chain impact,’ said Anthony Nieves, chairman of the index.

The viral outbreak has “increased lead times for the critical items, said an executive at a construction firm.

Another executive in the health-care industry said his firm was facing a shortage of materials and products that they source from the epicenter of the coronavirus outbreak in China.

“Because of the coronavirus, we are looking at major back-orders in masks, gloves, and PPE (personal protection equipment),” the executive said. “A lot of the masks are manufactured in China.”

Big picture: The spreading coronavirus, including the first reported cases in the U.S., is all but certain to slow the economy in the next few months.

Many companies have restricted travel or taken other steps to protect themselves. Global supply chains have also been disrupted, making it harder for companies to obtain raw materials.

The Federal Reserve has grown so worried it slashed interest rates on Tuesday in a surprise move. Congress is also rushing a package of new spending to try to contain the virus.

How bad it gets in the short run will depend on the extent to which businesses curtail operations, Americans stay at home or governments resort to quarantines or other restrictive measures. Beyond that it’s impossible to predict, economists say.

What they are saying? “The increase in the ISM non-manufacturing index in February to a 15-month high of 57.3 is “old news”, but it does underline that economic growth was gathering momentum before the coronavirus outbreak began in earnest,’ said Michael Pearce of Capital Economics.

Investors are still very anxious about the coronavirus, though. The Dow has lost several thousand points in the past week has been sharply up and down in recent days.