Home
Stocks
Economic Report: U.S. economy grew a mild 2.1% in 4th quarter, but coronavirus threatens to reduce GDP even further
Prev Article Next Article
This post was originally published on this site 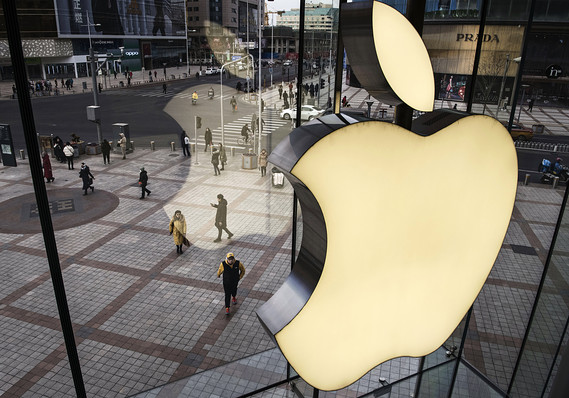 The Apple logo is seen on the window at an Apple Store in Beijing, China. Apple is one of a rising number of companies warning of potentially lower sales because of the spread of the coronavirus.

The numbers: The economy expanded at a 2.1% pace at the end of 2019, but the U.S. might struggle to achieve even that modest rate of growth in the months ahead if a new strain of coronavirus isn’t contained.

The government also pegged gross domestic product at 2.1% in its preliminary estimate last month. GDP is the official scorecard for the economy. 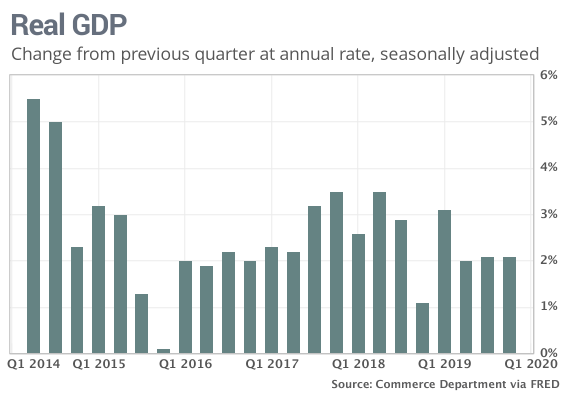 The economy had been growing at a similar pace early in 2020, but signs are starting to suggest that the global outbreak of the COVID-19 illness could hurt the U.S. in the late stages of the first quarter. Tourism and travel-related businesses are already feeling the ill effects and tech giants such as Apple AAPL, +1.59%  have warned about potentially softer sales and profits.

What happened: Consumer spending, the main engine of the economy, was revised down a notch to show a so-so 1.7%% pace of growth in the fourth quarter. Outlays had risen 3.2% in the prior quarter.

The trade deficit was also sharply lower, giving the biggest boost to GDP. Exports rose a revised 2% instead of 1.4%. The decline in imports was little changed at 8.7%.

As reported last month, soft business spending acted as a ball and chain on the economy in the fourth quarter.

The change in the value of unsold goods was revised up to $13 billion from $6.5 billion, but it was still the weakest in a year and a half. Manufacturers cut back production late in the year amid a drop in demand tied to the U.S.-China trade war and a slowing global economy.

Until the outbreak of the COVID-19 illness, investors were hoping that a partial trade truce with China would spur more business investment this year, but the spread of the virus appears to have upset those plans.

The rate of inflation in the fourth quarter, meanwhile, was lowered to 1.3% from 1.6%. Inflation has been running low for years and shows little sign of rising.

Most other figures in the report were little changed.

Big picture: The spiraling health and other risks from the coronavirus have created a shadow over what had seemed to be a sunny U.S. economy. So far the harm has been limited, but the viral outbreak could do more damage in the near future and even raise the odds of the first recession in almost 11 years if it’s not contained.

Read: Fears that the coronavirus will turn into a global economic pandemic are mounting

Market reaction:The Dow Jones Industrial Average DJIA, -0.46% and S&P 500 SPX, -0.38% were set to open lower in Thursday trades. Stocks have lost more than 2,000 points in the past week owing to the rapid spread outside of China of the new strain of coronavirus.

The 10-year Treasury yield TMUBMUSD10Y, -4.37% slipped to 1.28% as investors sought the perceived safety of government bonds. The yield has fallen to a record low.