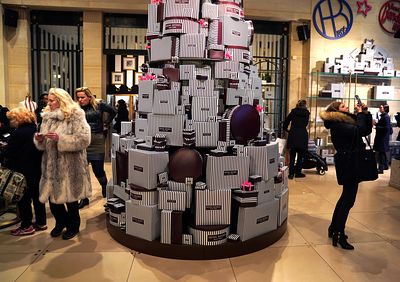 The numbers: In a good sign for the economy, most retailers posted higher sales in December to finish out the holiday season on a strong note. 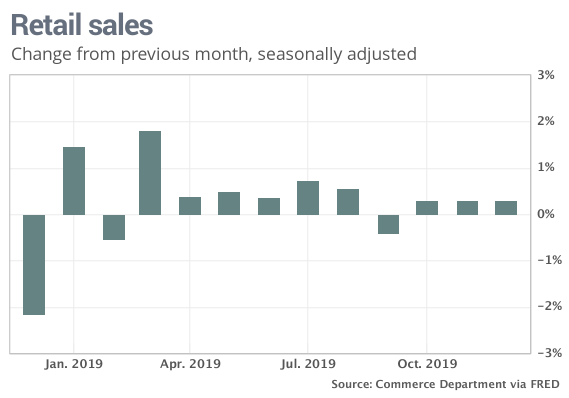 Yet every major group except auto dealers and department stores reported stronger sales. If auto receipts are set aside, retail sales rose a robust 0.7% in the final month of 2019.

For the full year, retail sales climbed a healthy 5.8%, slightly above the average for the past 30 years.

What happened: Sales at gas stations rose 2.8% to lead the way in December, but the increase largely reflected higher prices at the pump. Home centers also registered a robust 1.4% increase in store receipts.

Sales were solid at stores that sell electronics, clothing and sporting goods. Sales also edged up at bars and restaurants, pharmacies and grocers.

Sales fell as expected at auto dealerships, with receipts down 1.3%.

Department stores also had another tough month as sales dropped 0.8%. They’ve been struggling for years to expand online sales and fight off competition from hard-charging Web-based retailers such as Amazon AMZN, -0.40%  .

Yet Internet retailers also posted soft sales in December for the second month in a row. Receipts inched up just 0.2%. The silver lining: Internet sales surged almost 20% in 2019.

Sales for November and October were also revised slightly, but not enough to alter the picture of the economy.

Big picture: Retail sales weren’t spectacular in the final three months of 2019, but they grew fast enough to give the economy a small boost and potentially push growth for the quarter above the 2% mark.

The steady increase in sales in the final month of the year also suggests the economy entered 2020 with a decent amount of momentum.