Home
Market
Eight men in frame to run Norway wealth fund, including deputy CEO
Prev Article Next Article
This post was originally published on this sitehttps://i-invdn-com.akamaized.net/trkd-images/LYNXMPEG1O163_L.jpg 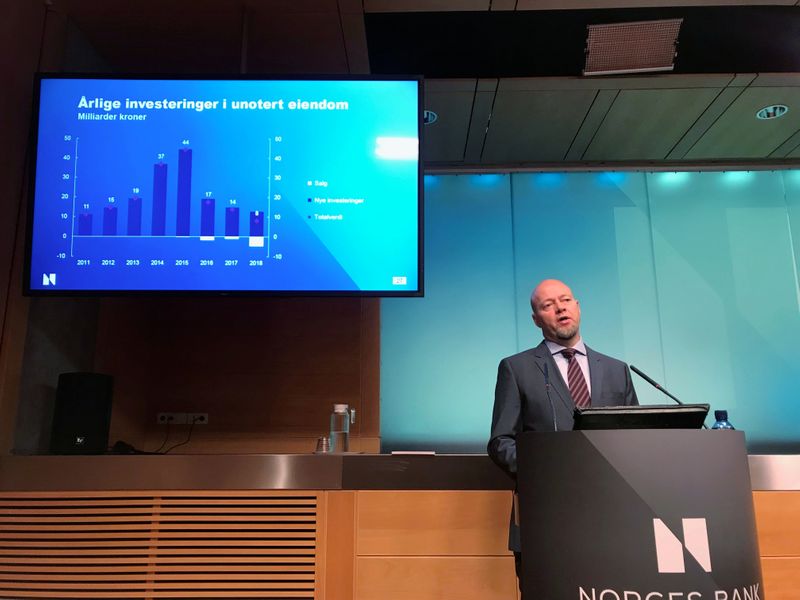 OSLO (Reuters) – Eight candidates have applied to head Norway’s sovereign wealth fund, the country’s central bank said on Tuesday, as its board prepares to decide who should steer the global portfolio of assets worth $1.1 trillion through a time of transition.

The deadline for applications was Friday, and one name was kept confidential, as permitted in exceptional circumstances such as when publicity could harm a current employer.

The successor to Yngve Slyngstad, who is stepping down as CEO after a dozen years, will take over the fund as its regulators grapple with strategic changes, such as how to respond to climate risk and a proposed $100 billion increase in investments in the United States.

The world’s largest sovereign wealth fund, it manages revenues from Norway’s oil and gas industry for future generations, holds stakes in more than 9,000 companies, owning 1.4% of all listed stocks globally. It also invests in bonds and real estate.

From modest beginnings in 1996, it is now worth three times more than Norway’s annual gross domestic product, making its investment returns a vital source of government funding.

It has at times met political resistance, including over moves to diversify away from oil. Parliament severely diluted its 2017 proposal to divest all oil and gas stocks.

Grande, the deputy CEO, spent 11 years at Norwegian asset manager Storebrand (OL:) before joining the fund in 2007, and has since held a variety of posts, including as head of real estate holdings and head of risk management.

The fund did not immediately reply to a request for comment from Grande, who stood out as the best-known of the candidates that were named. Slyngstad’s successor is expected to take charge within the next few months.