Home
Stocks
Election: Biden campaigns from home with a webcast, accuses Trump of wanting a ‘$500 billion slush fund for corporations’
Prev Article Next Article
This post was originally published on this site 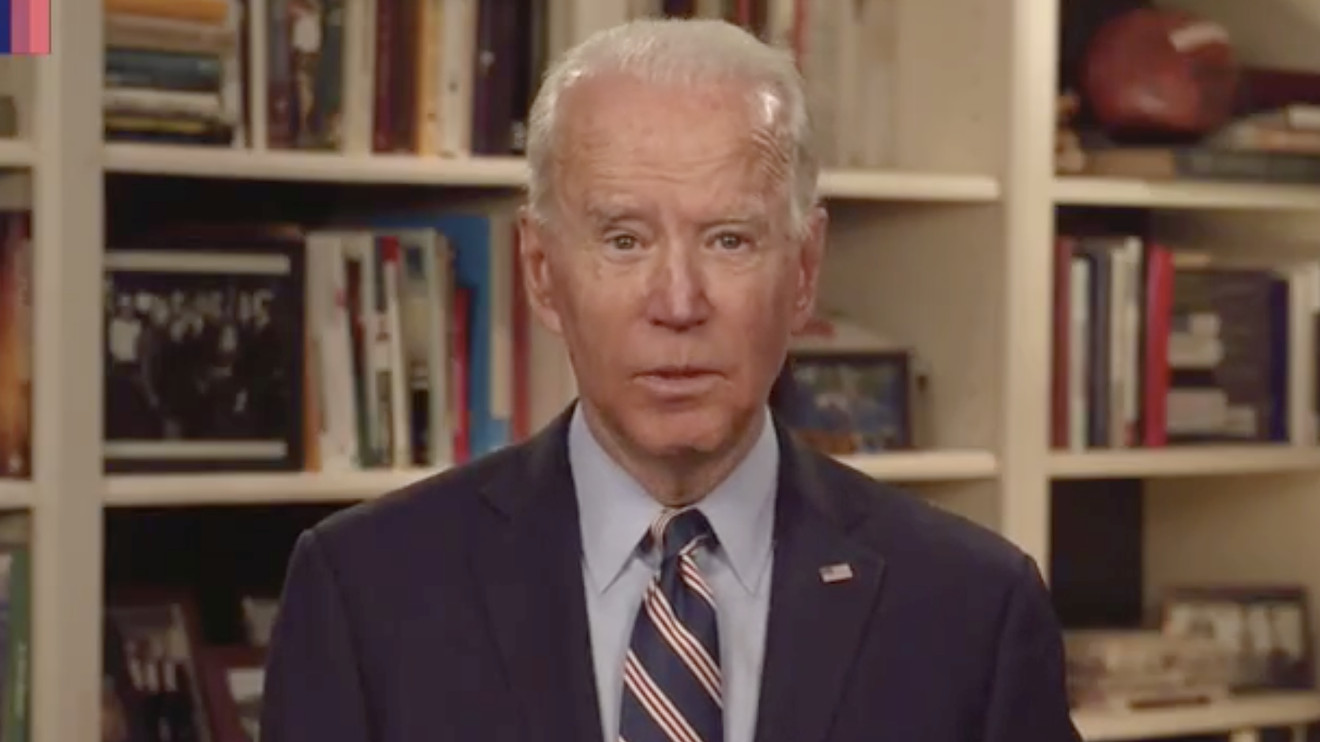 Democratic presidential front-runner Joe Biden was in work-from-home mode on Monday, as he criticized President Donald Trump’s coronavirus response in a webcast from his house in Delaware.

“The president needs to set the right priorities for economic response. Our guiding principle must be to keep everyone paid through this crisis,” said Biden in his remarks, which were broadcast live on Facebook and Twitter.

“Unfortunately, as of last night, President Trump and Mitch McConnell were offering a plan to let big corporations off the hook. They proposed a $500 billion slush fund for corporations with almost no conditions,” the former vice president added, referring to the Republican-run Senate’s majority leader.

Democrats and Republicans in Washington have been working to reach a deal on a major congressional stimulus package to fight the economic impact of the coronavirus causing the disease COVID-19, with negotiations continuing Monday after a test vote on the massive package failed Sunday night in the Senate. Republicans have sought to provide $500 billion for the Treasury to make loans or investments to support businesses, while Democrats want provisions such as expanding unemployment insurance to four months at 100% pay and increasing aid to hospitals.

Biden said the GOP plan would allow companies that receive aid to buy back stocks and increase executive pay “if that’s what the secretary of Treasury decided,” and corporations “wouldn’t have to make commitments to keep workers employed.”

Biden also said Trump is “not to blame for the coronavirus, but he does bear responsibility for our response, and I along with every American hope he steps up and starts to get this right.”

Trump’s re-election campaign was quick to criticize Biden’s moves on Monday, with campaign spokesman Tim Murtaugh tweeting that the Democratic contender is saying “he’d be quicker to respond to a pandemic, but it took him a week to set up a TV camera in his house.” Trump’s team also highlighted a clip from the address that they said showed Biden losing his train of thought during the speech and signaling to his staff.

U.S. stocks SPX, -1.57% DJIA, -1.68% have been hammered repeatedly this month by coronavirus-related worries, and they were falling again Monday.