Home
Stocks
Election: Sanders attacks Biden on trade, Social Security as Democrats’ battle moves to Michigan and beyond
Prev Article Next Article
This post was originally published on this site 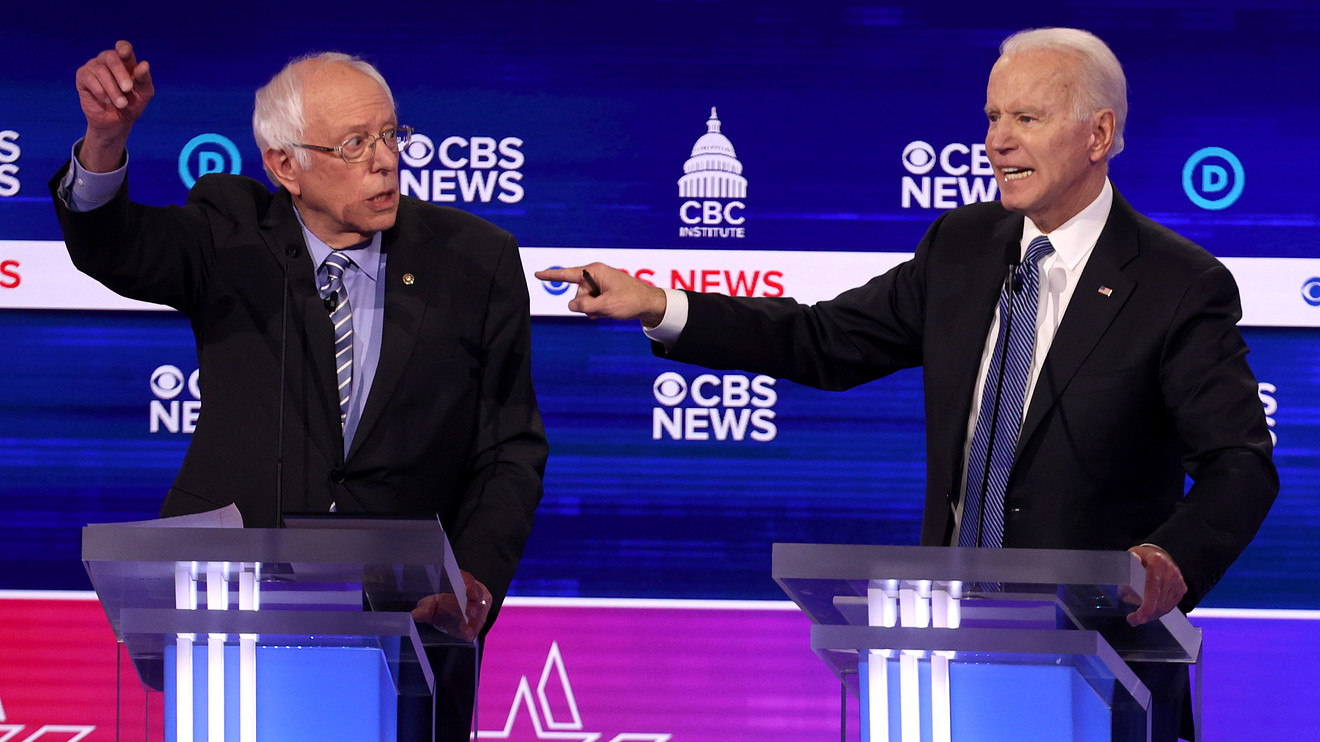 Bernie Sanders is attacking Joe Biden over Social Security and trade policy as the two Democratic presidential hopefuls face the next round of primaries on Tuesday, with Michigan the big delegate prize of the day.

Biden led in a WDIV/Detroit News poll of Michigan voters taken before his strong showing on Super Tuesday in states including Texas and North Carolina. Michigan offers 125 delegates, and a win there by the former vice president would significantly boost his fortunes in the nominating contest. Ahead of next Tuesday’s voting, Biden had 633 delegates to Sanders’s 556, according to a tracker by the Wall Street Journal. It takes 1,991 to win the nomination on the first ballot at this summer’s Democratic convention.

Voters will also cast ballots Tuesday in Idaho, Mississippi, Missouri, North Dakota and Washington. Washington offers the most delegates of those five states, with 89.

“Michigan is probably the most important state on the calendar coming up next week,” said Brian Daingerfield of NatWest Markets, in an email to MarketWatch. “Winning in that contest will give an important message to voters about candidates viability in a state that is very likely to be among those that decide the election in November.”

Sanders has canceled an event scheduled for Friday in Mississippi to head to Michigan instead and told reporters he will highlight Biden’s support for “disastrous” trade pacts like the North American Free Trade Agreement. Biden backed that agreement in 1994.

The two are also sparring over Social Security, including on Twitter, where Sanders charges “one of us has a history of not only fighting cuts to Social Security but working to expand benefits.”

Biden says, “Get real, Bernie. The only person who’s going to cut Social Security if he’s elected is Donald Trump.”

Biden and Sanders are making their pushes for next week’s votes amid continuing stock-market anxiety over the spread of the coronavirus. Stocks DJIA, -1.72% SPX, -2.01% rallied after Biden’s Super Tuesday performance but are risking their longest Friday losing streak in 14 years, with investors expressing fear of the unknown heading into recent weekends.

Daingerfield of NatWest, meanwhile, said the market should coalesce around Biden as the likely nominee at this point. “Without a [Elizabeth] Warren endorsement, Sanders may struggle to recapture the early primary momentum he had, while Biden has a number of winds at his back,” said Daingerfield, citing endorsements by former primary competitors.