Home
Stocks
Elizabeth Warren, Amy Klobuchar and Joe Biden reveal how they would address the coronavirus outbreak
Prev Article Next Article
This post was originally published on this site 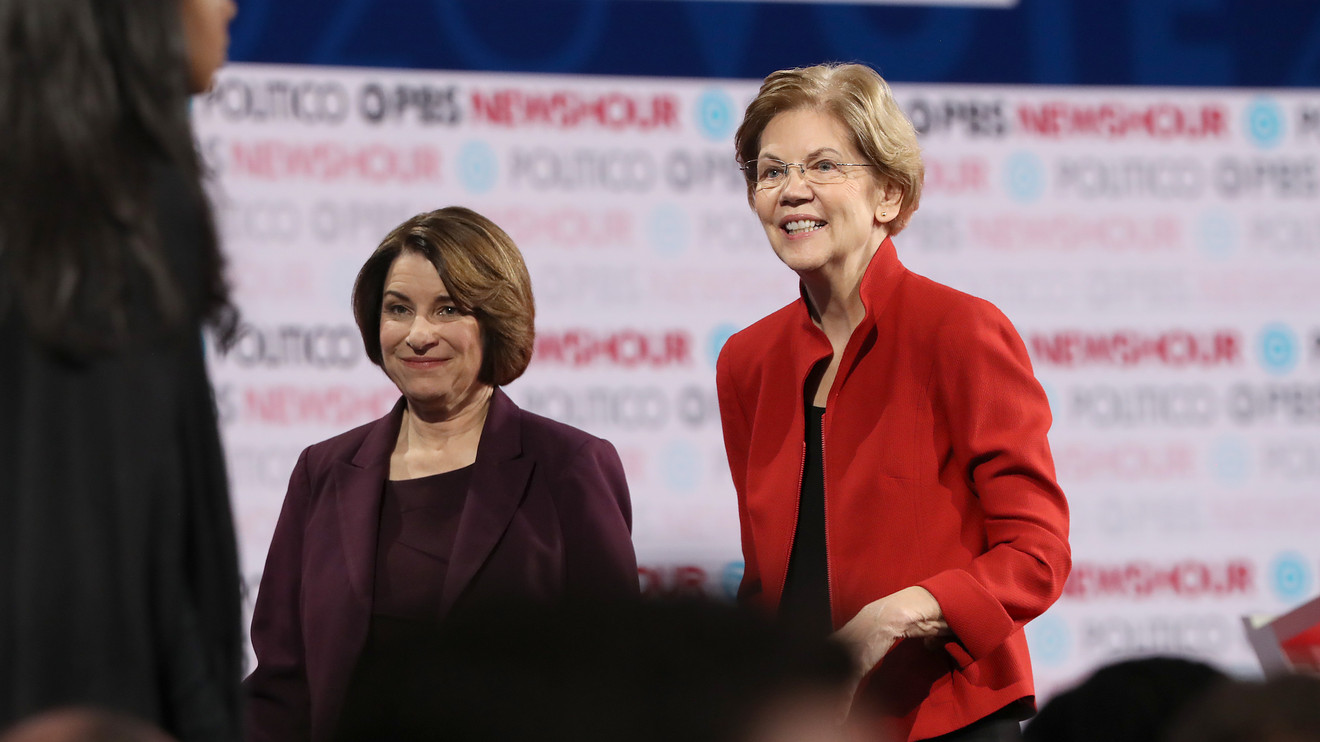 As COVID-19 continues to spread in several countries and jolt financial markets, some 2020 presidential contenders have laid out plans specifying how they would address disease outbreaks like the novel coronavirus.

The sometimes-deadly virus had infected at least 80,238 people in 34 countries and killed 2,700 as of Tuesday, according to the World Health Organization, with China bearing the brunt of the cases and deaths. The U.S. had 53 coronavirus cases, including 39 people repatriated from the Diamond Princess cruise ship in Japan and virus epicenter Wuhan, China.

President Donald Trump tweeted Monday that the coronavirus was “very much under control in the USA.” On Monday, the White House requested $1.8 billion from Congress to aid the United States’ response, including $1.25 billion in emergency funding for the Department of Health and Human Services and $535 million previously allocated for the prevention and treatment of Ebola.

Along with reprioritization of other funding and money from other government agencies, the Trump administration expects to spend at least $2.5 billion on its COVID-19 response, acting Office of Management and Budget director Russell Vought wrote in a letter to Congress.

“The administration believes additional federal resources are necessary to take steps to prepare for a potential worsening of the situation in the United States,” he said.

Democrats, including Senate Minority Leader Chuck Schumer of New York, criticized the White House’s funding request as inadequate. Schumer called it “too little too late” and accused Trump of “trying to steal funds dedicated to fight Ebola,” noting that the president’s most recent budget had proposed cuts to the Centers for Disease Control and Prevention. (Trump, in response, said on Twitter TWTR, -1.89%   that Schumer was “complaining for publicity purposes” and charged that if he had asked for more funding, the senator “would say it is too much.”)

The Trump administration last month also declared the novel coronavirus a public-health emergency and said that foreign nationals who had been in China within the previous two weeks would be denied entry into the U.S., despite some public-health experts’ criticism of such travel bans. Returning U.S. citizens who had traveled in the past 14 days to China’s Hubei province, which includes Wuhan, would also be subject to a quarantine, the federal government said.

But some of the Democrats vying to replace Trump argue they would do a better job of protecting Americans from such threats. Here’s what the leading 2020 candidates say they’ll do about infectious disease outbreaks like COVID-19:

True to her campaign slogan, the Massachusetts senator has a lengthy plan for “preventing, containing and treating infectious disease outbreaks at home and abroad.” Released in late January, the plan criticized Trump for proposing substantial spending cuts to “federal programs essential to health security” and eliminating the National Security Council’s head of global health security in 2018, among other actions.

Warren, for her part, proposed fully funding agencies that work to prevent and manage outbreaks, including the CDC, HHS, U.S. Agency for International Development and State Department. She called for restoring the global health security position; investing globally in developing vaccines; fully funding the Global Health Security Agenda, which works to bolster nations’ public-health infrastructure; and establishing a “global health security corps” made up of scientists, doctors and aid workers to respond to outbreaks in conflict-stricken areas.

She would also create a “swear jar” requiring law-breaking drug companies to pay a fraction of profits from publicly funded research to the National Institutes of Health to expand research for vaccine development and infectious-disease treatment, she said. And she would work to reduce the transmission of infectious diseases like HIV and hepatitis C in the U.S.

“We can invest at home to ensure our public health agencies, hospitals, and health care providers are ready to jump into action when outbreaks strike. And we can help build strong public health systems abroad,” she wrote. “By taking these steps, we will save lives, strengthen our relationships with allies, protect our interests, and help build resilience to outbreaks and pandemics.”

Warren’s infectious-diseases plan also incorporated other aspects of her platform, including transitioning to a government-run Medicare for All health-care system, ending the opioid epidemic and combating climate change. “A changing climate means infectious diseases will spread to new places, and it’s already happening,” she said.

“Diseases like coronavirus remind us why we need robust international institutions, strong investments in public health, and a government that is prepared to jump into action at a moment’s notice,” Warren wrote. “When we prepare and effectively collaborate to address common threats that don’t stop at borders, the international community can stop these diseases in their tracks.”

The Minnesota senator released her own plan in late January, with her campaign writing in a Medium post that “the recent outbreak of a new strain of coronavirus is a stark reminder of the persistent threats posed by infectious diseases.”

“Senator Klobuchar believes the United States must continue to lead the global fight to prevent, detect and respond to pandemics,” the post said. (The World Health Organization said Monday that COVID-19 is not a pandemic.)

Klobuchar, like Warren, would recommit the U.S. to the Global Health Security Agenda. She would work with allies to boost “local health infrastructure in at-risk countries and regions,” her campaign said, and fully fund U.S. agencies, departments and programs that prevent and respond to disease outbreaks, including the HHS, CDC, NIH and State Department.

The senator would also bolster early-warning systems to detect and address outbreaks before they spiral to pandemic status, grow stockpiles of existing vaccines, invest in producing new vaccines, and build the global rapid-response system for deploying medical personnel for disease-outbreak response.

“In the Senate, she has championed efforts to address outbreaks at home and abroad,” Klobuchar’s campaign said. “As President, she will prioritize taking on global pandemics and protecting U.S. national security.”

While the former vice president has not released a formal plan to address infectious-disease prevention and response, he called Trump “the worst possible person to lead our country through a global health challenge” in a Jan. 27 USA Today op-ed about the coronavirus outbreak, and offered solutions of his own.

If elected, Biden said, he would “reassert U.S. leadership in global health security” and have policies that “always uphold science, not fiction or fearmongering.” He would ask Congress to augment the Public Health Emergency Fund and give him the authority to declare a disaster under the Stafford Disaster Relief and Emergency Assistance Act should an infectious-disease threat warrant it. Biden would also fully fund the Global Health Security Agenda and renew funding for the nationwide hospital network used to isolate and treat infectious-disease patients.

“I will rebuild public trust, make sure we have dedicated resources to help us respond to crises quickly, and better harness the capabilities of the private sector to protect the American people,” he wrote. “Our national security requires nothing less.”

The Bloomberg campaign did not return MarketWatch requests for comment. But the billionaire businessman tweeted Jan. 24 that “the coronavirus outbreak demands our attention,” sharing a New York Times op-ed about how the government should respond.

“With any potential epidemic, our first line of defense are the public health professionals at the CDC — and that’s why it’s important to make sure they are always funded and empowered to do their jobs,” Bloomberg wrote on Twitter.

The independent Vermont senator’s campaign did not return MarketWatch requests for comment.

A spokesman for the former South Bend, Ind., mayor did not return MarketWatch requests for comment.