Home
Market
Emerging Currencies Are Counting on Powell to Cut Rates
Prev Article Next Article
This post was originally published on this sitehttps://i-invdn-com.akamaized.net/content/pic3a7cedec75f8af9caada4611c5fb1886.jpg 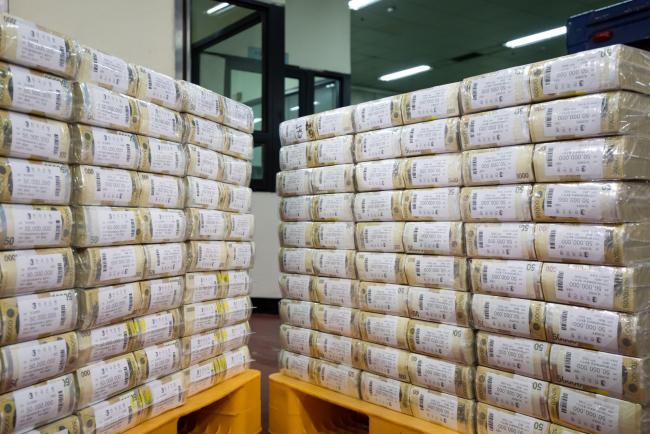 (Bloomberg) — Emerging-market currencies rose on Monday, led by a surging , as investors took heart from the Federal Reserve’s readiness to cut interest rates.

The won jumped as much as 1.9% while the strengthened and the each advanced at least 0.5% after Fed Chairman Jerome Powell said on Friday that the central bank would “act as appropriate” to combat the economic threat of the coronavirus.

Gains in the won also reflected the unexpected decision by the Bank of Korea on Thursday to refrain from a knee-jerk rate cut. The won appreciated to 1191.70 per dollar Monday in its biggest intraday increase since June 2016.

“The Fed’s comments are in effect soothing markets for now,” said So Jaeyong, economist at Shinhan Bank in Seoul. The won may strengthen to 1,190 per dollar this week, said So.

The won’s move comes even as the number of virus cases in South Korea rose past 4,200, while North Korea fired two unidentified projectiles in its first missile test of the year.