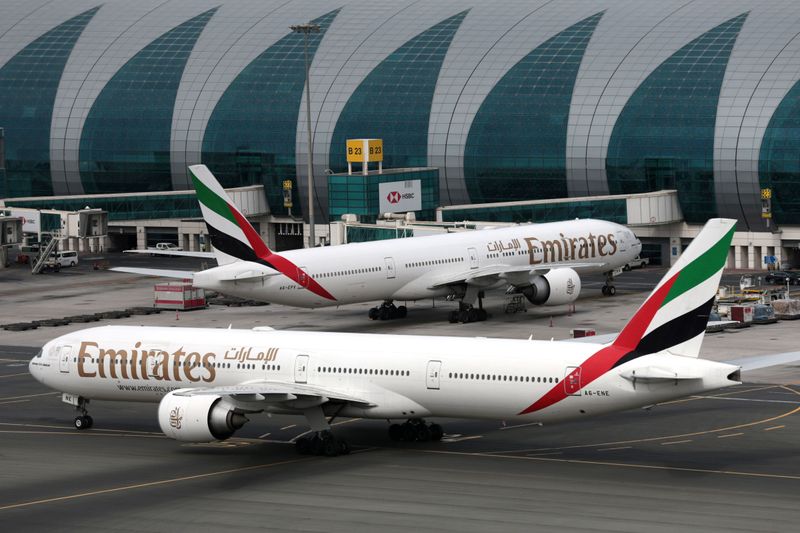 DUBAI (Reuters) – Emirates airline expects its financial performance to be impacted by the coronavirus outbreak that has led to a global drop in air travel, according to an internal notice seen by Reuters.

The Dubai state-owned carrier, whose financial year ends this month, has suspended flights to Iran and most of mainland China. The United Arab Emirates has urged citizens and residents against traveling abroad.

“At this stage, there is very little doubt that our financial performance for the year will be impacted,” according to a March 4 internal staff notice that also said passenger numbers were increasingly impacted.

Emirates, one of the world’s biggest long-haul carriers, did not immediately respond to a request for comment.

An industry body warned last week the virus outbreak could cost carriers up to $113 billion in revenue as airlines across the globe rush to cut flights and costs.

“Emirates is a very strong and financially solid airline. The type of aircraft we operate, the length of our routes and our general cost base do mean however that the impacts of adversity can be felt quickly,” the notice said.

“The business has moved to review routes, downgrade to smaller capacity, where appropriate, and take out unprofitable flying almost on a daily basis,” it added.

Most of Emirates passengers transit through Dubai to other destinations. The airline does not operate domestic services.

Emirates on March 3 said it had more resources than presently needed and was asking staff to take paid and unpaid leave.

It has since told pilots and cabin crew that unpaid leave was only available for non-operational staff and not them, other internal emails seen by Reuters showed.

Emirates did not respond to a Reuters’ query on that matter.