Home
Market
Equity Bulls, Beware. Insiders Are Rushing to Sell Their Stocks
Prev Article Next Article
This post was originally published on this sitehttps://i-invdn-com.akamaized.net/content/pic1fa5296ccc7c23198403b006ecd4a627.jpg 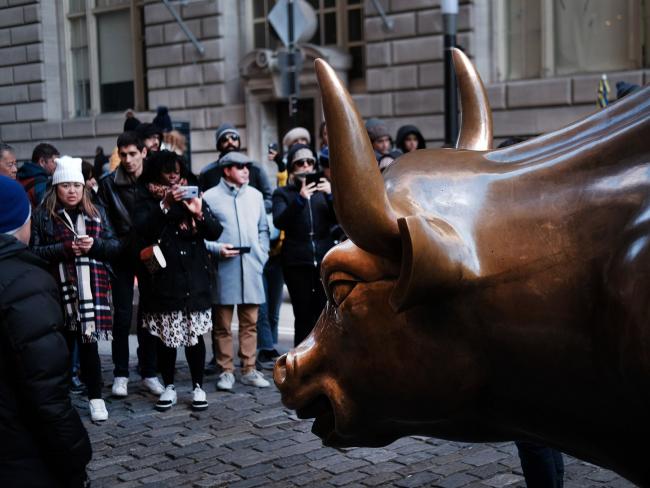 (Bloomberg) — The list of warning signs for the rally that’s pushing U.S. stocks toward another record is growing longer.

As the S&P 500 Index embarked on a torrid four-day rally, corporate executives and officers have stepped up selling shares in their own companies — so much so that there were five insider sales for every one buy, according to data compiled by Washington Service. That’s poised to be the highest since early 2017.

Insiders have been stepping up the pace of sales all year, taking advantage of the S&P 500’s 12% rally since the end of September that pushed valuations toward the highest in almost two decades. While other factors can also drive the decision to unload shares, the action from companies’ highest-ranking employees is worth heeding — a similar spike in insider sales coincided with the market’s peak in January 2018 that gave way to a sell-off later in the year.

“In the broad-brush sense, more sellers than buyers is somewhat related to valuations,” Peter Jankovskis, Oakbrook Investments LLC’s co-chief investment officer, said by phone. “It does provide a note of caution as we continue to see the market surging higher and higher.”

The S&P 500 is heading toward an all-time high Thursday amid a rebound from last week’s slide that wiped out gains for the year. The prevailing tendency to buy the dip has prompted strategists at Citigroup Inc (NYSE:). and JPMorgan Chase (NYSE:) & Co. to urge investors not to chase the rally.