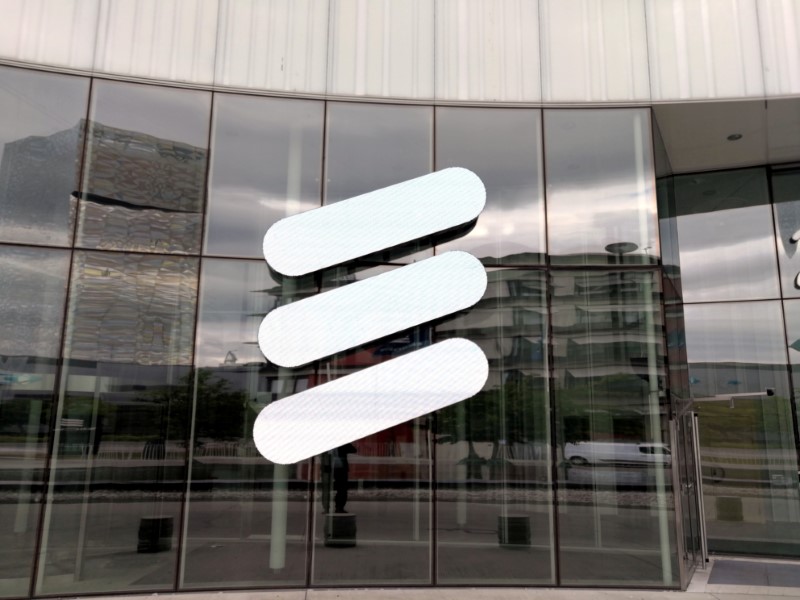 © Reuters. The Ericsson logo is seen at the Ericsson’s headquarters in Stockholm

STOCKHOLM (Reuters) – Swedish telecoms equipment group Ericsson (ST:) reported a smaller than expected rise in fourth-quarter core earnings on Friday and said the quarter, seasonally its best, had nevertheless been hit by a slowdown in its previously surging U.S. business and higher costs.

After a number of lean years, Ericsson has been boosted by the roll out of new, super-fast 5G networks, particularly in the United States over the last year.

The new networks are expected to host critical functions from driverless vehicles to smart electric grids and military communications and the United States – as well as South Korea – has been the earliest adopter.

However, sales in the high-margin U.S. dropped during the quarter and digitalization investments as well as costs related to the acquisition of Germany’s Kathrein rose.

“Due to the uncertainty related to an announced operator merger, we saw a slowdown in our North American business in Q4, resulting in North America having the lowest share of total sales for some time,” Chief Executive Borje Ekholm said in a statement.

“However, the underlying business fundamentals in North America remain strong.”

The company had previously flagged that a proposed merger between Sprint (N:) and T-Mobile in the United States could impact their spending levels.

Ekholm said that sales growth in Asia and the Middle East has offset the topline dip in the U.S. but costs were higher and the overall gross margin fell from the previous quarter, dropping to 37.1% from 37.8% in the July-September period as acquisition and investment hit the margin in the key networks division.

The company said the acquisition of Kathrein’s antenna and filter business would weigh on margins through 2020.

Nevertheless, the company said it was on track to meet its operating margin and sales targets for 2020.

Adjusted quarterly operating earnings at the mobile network gear maker, a rival of China’s Huawei and Finland’s Nokia (HE:), rose to 5.7 billion Swedish crowns ($600.19 million)from 2.6 billion a year earlier but were down from 7.4 billion the previous quarter.

Analysts in a poll by Refinitiv had forecast core profit of 6.9 billion Swedish crowns.