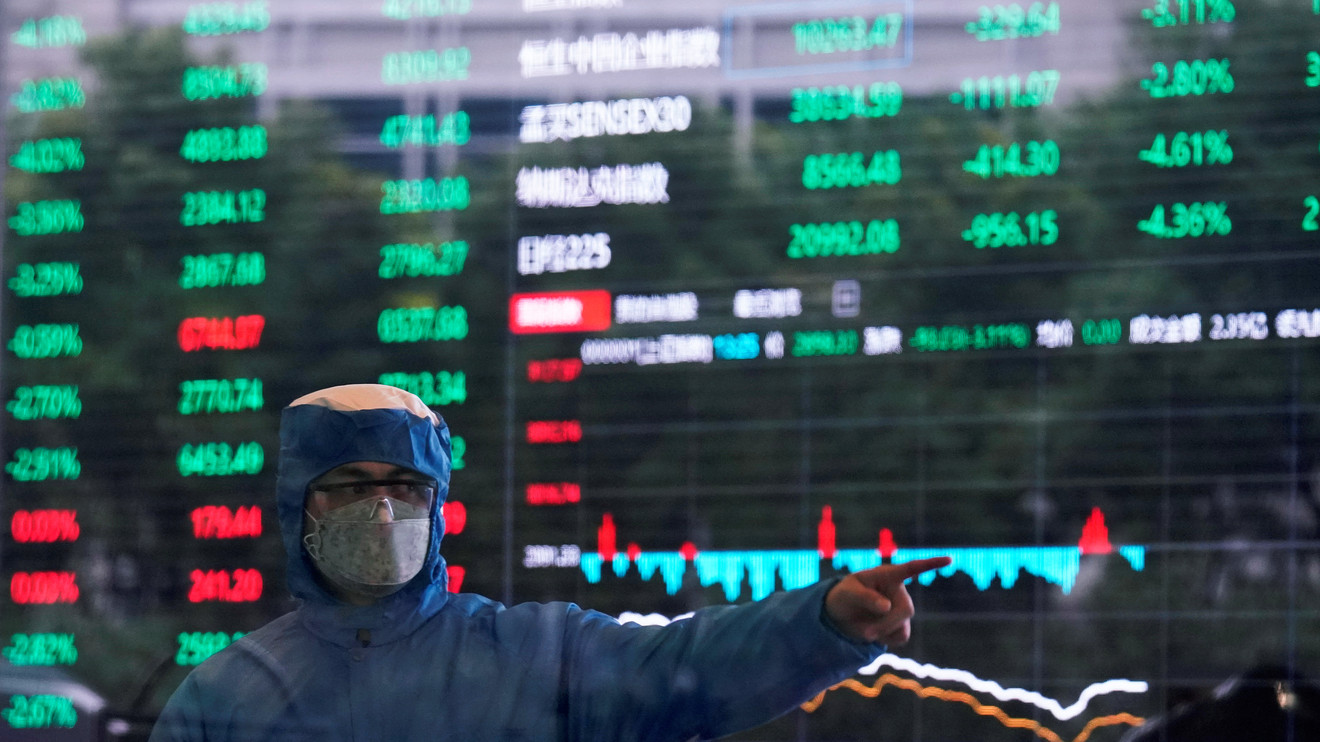 European stocks were poised for the worst week since the depths of the global financial crisis, as equities world-wide continued to sink on fears surrounding fallout from the coronavirus outbreak.

Europe’s losses tracked declines across Asian markets and a grim day on Wall Street, where the S&P 500’s drop over six days has marked the fastest slide into correction territory from a recent peak since a two-day drop during the depths of the global financial crisis. Futures indicated another grim day for stocks, with Dow Jones Industrial Average futures YM00, -1.07%  sliding more than 600 points.

“The problem is that once fear takes over, a 10% correction can become a 20% bear market in no time, so if you are going in you need to be prepared to take a hit instantly. Whilst around 10% moves are normal during bull markets, what’s been startling is the speed of the decline,” said Neil Wilson, analyst for Markets.com, in a note to clients.

Shares of International Airlines Group IAG, -5.76% led the declines in Europe, with an 8% drop. The airlines operator posed a 40% fall in net profit for 2019 and said it can’t provide guidance for 2020 due to the coronavirus outbreak.

Analysts at Bernstein, who rate the company outperform, say they like IAG’s equity story in the long term, and any downturn would “reveal the strength of the IAG model. However, for investors to be able to take a position in the shares now, they will need to be confident in both the future path of the Covid-19 outbreak and the overall global macro outlook – which is of the company’s control,” said Daniel Roeska and Alex Irving.

EasyJet EZJ, -2.12%  shares slid over 5% after the budget airliner said it would cut costs and cancel flights as the virus has weighed on demand. The airline said canceled flights are notably in and out of Italy, following an outbreak of the virus in the northern part of the country that has spread to other European nations. Elsewhere, shares of Anglo-German travel group TUI TUI, -6.37%  slid 7%.

There was just one stock in the green — Rolls-Royce Holdings RR, +5.86%, which rose after the engineering company said losses narrowed and its underlying profit rose in 2019.