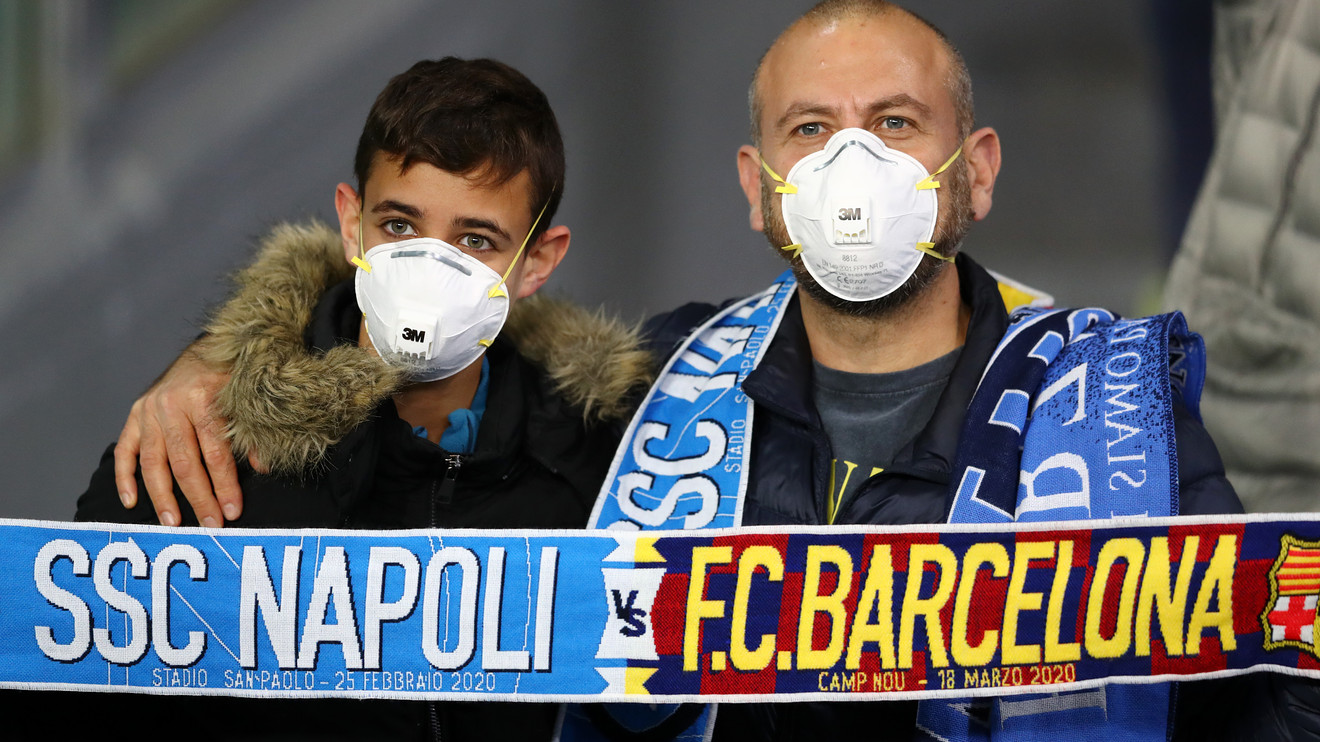 A fifth-straight day of losses was under way for European stock markets, as concerns over the spread of the coronavirus weighed on investors, and companies warned of related fallout.

The Stoxx Europe 600 index SXXP, -1.59%  fell 2.1%, bringing the week’s losses to 7.5% so far, after sliding nearly 1.8% on Tuesday. That follows deep losses in global markets, notably on Wall Street where the Dow finished Tuesday down nearly 880 points to mark its sharpest-ever two-session slide in point terms, after the Centers for Disease Control and Prevention warned Americans to prepare for outbreaks.

And the selling looked set to continue on Wall Street where Dow industrials futures YM00, -0.58% slid over 100 points. France said it has detected three more cases of coronavirus.

“So, as we always need to ask ourselves, what’s priced in? I think 2000 Dow points in two days just about does a broad shutdown in the U.S. for a couple of weeks, the same in Europe,” said Neil Wilson, chief market analyst at Markets.com, in a note to clients. He said what investors are seeing now is panic and perhaps selling that has gone too far.

“But…if you get a big outbreak in New York or San Francisco, or you have to lockdown a major capital like London or Paris, and whoosh you could see another 1000, 2000, 3000 points go just like that,” he said. “At present there is no sign of a stabilization in progress — trying to guess when the bottom is in will be dangerous.”

Luc Filip, head of discretionary portfolio management at SYZ Private Banking, said in a note that the company cut its exposure to European equities earlier this month “as we considered the market much too complacent about the economic impact of the coronavirus outbreak in China, and Europe is a highly trade-reliant economy.”

Shares of Danone BN, +0.00% rose 1% even as the French food group reported higher fourth-quarter sales and trimmed its guidance for 2020 organic sales growth, blaming “volatile and uncertain” economic conditions this year related to the coronavirus outbreak.

Shares of Wolters Kluwer WKL, +1.72%  jumped 2.3% after the Dutch provider of professional information reported a 2% rise in 2019 profit and said it would buy back shares worth 350 million euros ($380.1 million) this year.

Shares of ASM International ASM, +5.20%  soared nearly 4% after the Dutch chip group reported a strong fourth quarter and delivered solid guidance for the first half of this year. Frédéric Yoboué, analyst at Bryan Garnier, said his team doesn’t think the company has much exposure to China, which would mean it doesn’t suffer supply-chain disruptions due to the coronavirus.

Rio Tinto RIO, -1.56% RIO, +0.11%  shares fell 1.1% after the mining giant posted a fall in annual profit and said it was preparing for short-term impacts such as supply-chain issues due to the virus.