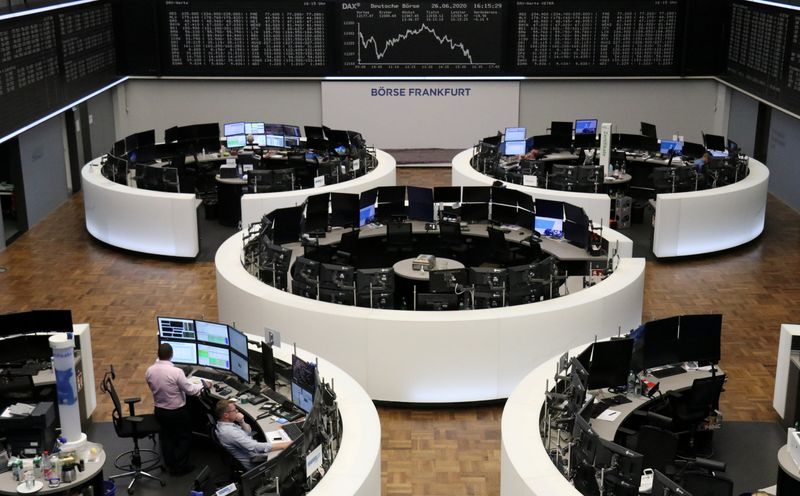 The pan-European STOXX 600 index (STOXX) rose 0.2% after opening in the red, lifted by automakers (SXAP) and travel & leisure (SXTP) companies.

European markets have outperformed in the recent weeks, helped by its relative success in reopening its economy and the European Union’s proposed 750 billion euro ($841.73 billion) recovery fund.

However, Asian markets were on a weaker footing as the global death toll from COVID-19 reached half a million people on Sunday, according to a Reuters tally.

German scandal-hit payments company Wirecard (DE:WDIG) surged 93.6% after saying it would proceed with business activities after filing for insolvency.

Austrian sensor producer AMS (VI:AMS) (S:AMS) jumped 6.6% after Reuters reported the company is poised to get the go-ahead from the European Union for its acquisition of German lighting group Osram (DE:OSRn).