Home
Market
European shares tepid at the end of strong quarter
Prev Article Next Article
This post was originally published on this sitehttps://i-invdn-com.akamaized.net/trkd-images/LYNXMPEG5T0GZ_L.jpg 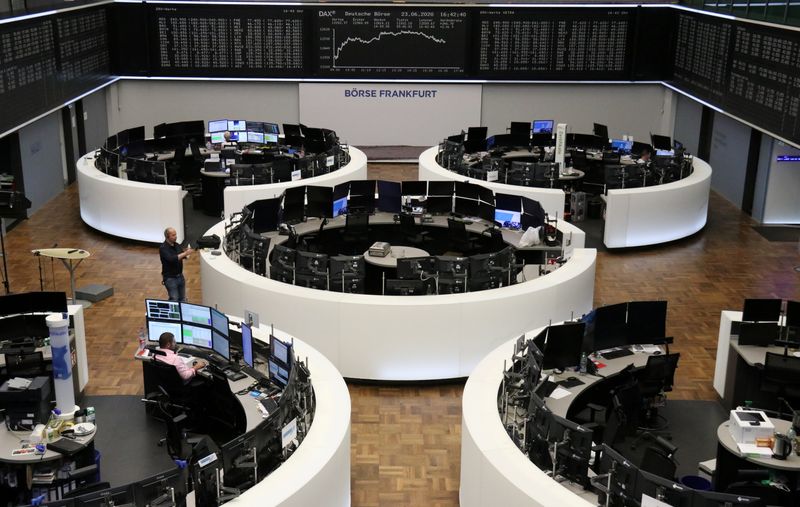 The pan-European STOXX 600 index (STOXX) looked set to post its biggest quarterly gain since March 2015 with a 12.5% rise, as unprecedented economic stimulus, hopes of a COVID-19 vaccine and relatively fewer coronavirus cases in Europe powered a rebound from March lows.

The trade-sensitive German DAX (GDAXI) rose 0.2% after data showed China’s factory activity expanded at a stronger pace in June as the government lifted lockdowns and stepped up investment.

Royal Dutch Shell (L:RDSa) fell 1.0% after saying it would write down the value of its assets by up to $22 billion after lowering its long-term outlook on oil and gas prices.