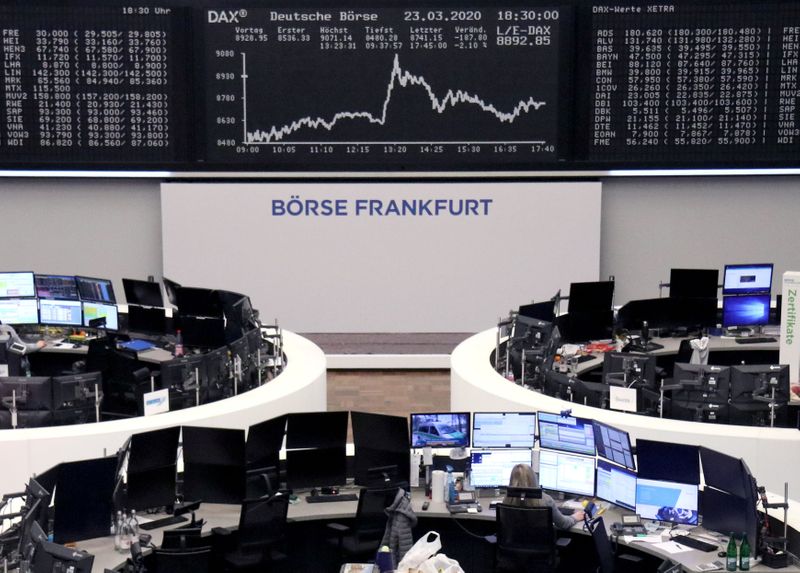 The pan-European STOXX 600 index (STOXX) was up 3% at 0802 GMT, but still set for its worst month since 1987 as the health crisis threatened to crimp global growth, with some analysts seeing a 24% fall in European GDP in the second quarter.

Although investors have largely shrugged off macroeconomic data so far, all eyes will now be on a flash reading of activity surveys from the euro zone due later in the day for signs of the extent of the economic damage from the outbreak.

Travel and leisure stocks (SXTP), which have posted some of the heaviest losses this month, were up 2.6% in early trading.

Miners (SXPP), insurers (SXIP) and oil and gas stocks <.SEXP> were the biggest gainers among the major European subsectors, rising between 5% and 6%.

France’s Biomérieux (PA:BIOX) jumped 30% after the healthcare company won approval from the U.S. Food and Drug Administration for its product aimed at testing for coronavirus.