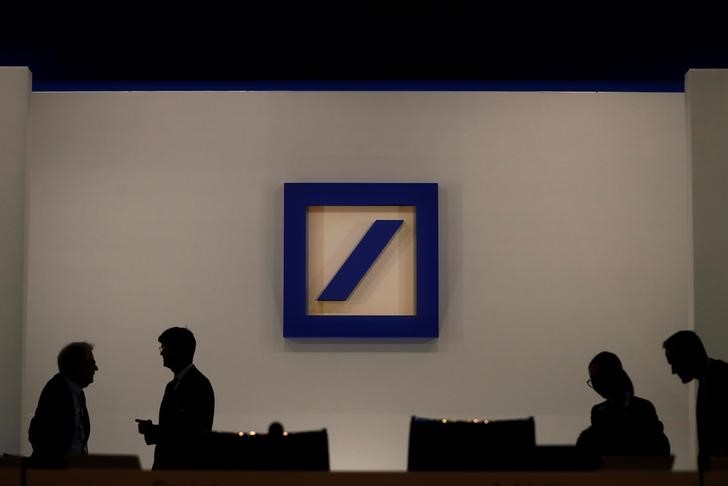 Investing.com – European stock markets edged higher Wednesday, helped by strong earnings in the banking sector ahead of the outcome of the latest Federal Reserve meeting.

It has been a busy day of corporate news in Europe Wednesday, with banking giant Deutsche Bank (DE:DBKGn) leading the way. The German lender’s stock rose over 4%  after it easily beat profit expectations for the second quarter even with a drop in revenue at its important investment banking division. It also raised its revenue guidance for 2022.

Staying in the banking sector, Barclays (LON:BARC) stock rose 3.8% after the British bank announced it will resume dividends and share buybacks as first-half profit soared, while Santander (MC:SAN) stock dropped 1% despite the Eurozone’s second-largest lender in terms of market value reporting a 35% rise in second-quarter underlying profit.

Elsewhere, Rio Tinto (NYSE:RIO) stock fell 1.2% after the mining giant fell short of expectations but declared a special dividend of $3 billion after a windfall on sky-high iron ore and copper prices.

Wizz Air (LON:WIZZ) stock rose 4.8% after the low cost airline said it expected capacity to increase to near pre-pandemic levels in July and August as summer demand for European travel grows, potentially helped by the U.K. shortly exempting fully vaccinated travellers from the European Union from quarantine. Prime Minister Boris Johnson is also set to lift restrictions on fully-vaccinated travelers from the U.S., news that helped International Airlines Group (LON:ICAG) stock to rise over 3%

Aside from earnings, European investors await news from the conclusion of the latest policy-setting meeting from the U.S. Federal Reserve, with the central bank widely expected to keep interest rates at record lows.

Also in the U.S., Google parent Alphabet (NASDAQ:GOOGL), and fellow tech giants Microsoft (NASDAQ:MSFT) and Apple (NASDAQ:AAPL) all reported strong quarterly earnings after the close Tuesday. The three companies generated a total of $57 billion in the quarter, an average of $626 million a day.

In economic news, the GfK German consumer climate index stuck at -0.3 in August, unchanged from the previous month but below expectations as the rising Covid cases weighed on sentiment. French consumer confidence, meanwhile, edged lower.

Investors now await official numbers data from the U.S. Energy Information Administration later in the day to see if this fall is confirmed.