Home
Market
EU's Vestager to set out plans to tackle China's state-backed firms
Prev Article Next Article
This post was originally published on this sitehttps://i-invdn-com.akamaized.net/trkd-images/LYNXMPEG21245_L.jpg 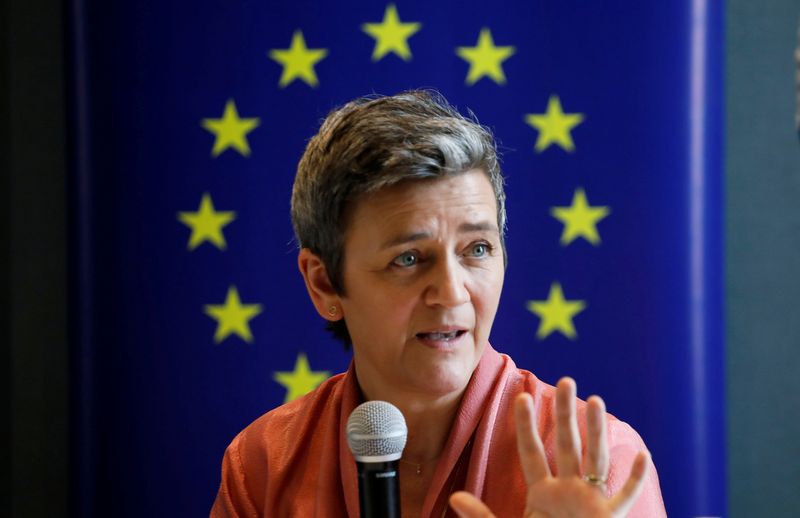 Germany and France have led calls to EU antitrust regulators to do more to secure a level playing field for European companies competing with Chinese firms.

Last month, the two countries together with Italy and Poland urged Vestager to come up with proposals to revamp EU antitrust rules by the end of June.

“We’re working on new powers to protect fair competition – powers that would allow us to deal, for example, with the harm that foreign subsidies and state ownership can do to competition in Europe,” Vestager said at a College of Europe conference.

“By the end of June, we plan to publish a White Paper, to get input on our ideas for how these new powers could work,” she said. White papers are proposals for interested parties to comment on before a final draft is adopted as legislation.

Vestager also signaled a tougher line against dominant companies squeezing out smaller rivals, saying a cease and desist order in today’s world was not enough and action might be needed on both sides of the Atlantic.

“If the market has already tipped, and it’s no longer possible for others to compete, then we might have to order those companies to neutralize the effects that they’ve had on competition,” she said.

“I expect this issue will be an important theme for us in April, when we meet our counterparts from the U.S. Department of Justice and the Federal Trade Commission, for a workshop on remedies.”