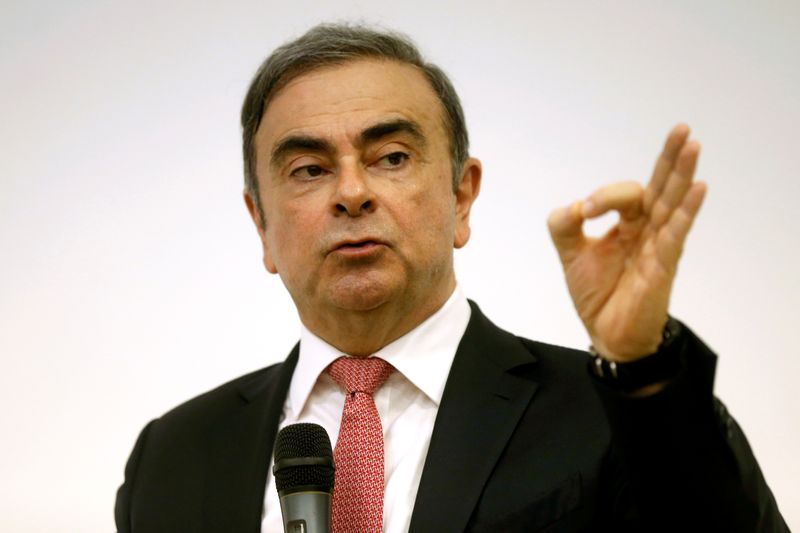 Ghosn, who was also the chairman of Mitsubishi Motors (OTC:MMTOF) Corp, was arrested in Japan in late 2018 on charges of underreporting his salary and using company funds for personal purpose – charges he denies. He fled to Lebanon from Japan.

“There is a market confidence problem in the alliance. Personally, I find the results of Nissan and Renault pathetic. The two companies are looking inwards. There is no longer any real mix of management between Renault and Nissan, but a distrustful distance, ” he told Le Parisien newspaper.

Ghosn compared the share price fall from November 2018 to June 2020 of competitors General Motors Co (NYSE:GM) and Toyota Motor (NYSE:TM) Corp of 12% and 15% respectively to Nissan dropping 55% and Renault 70%.

“All of these manufacturers are facing the same COVID crisis, but Renault and Nissan are being punished more than the others,’ he said.

Ghosn fled Japan to Lebanon, his childhood home, in December as he awaited trial on charges of underreporting earnings, breach of trust and misappropriation of company funds, all of which he denies.

Ghosn was questioned in Lebanon in January. He has said he will cooperate fully with the Lebanese judicial process, but it is unclear what cooperation there will be between Tokyo and Beirut.

French prosecutors have also stepped up their investigation into alleged misappropriation by Ghosn of funds at Renault and had summoned him in France on July 13, but he did not attend.

“There is a technical obstacle. My passport is in the hands of the attorney general in Lebanon, because Japan has issued an international arrest warrant for me,” Ghosn said.

“I also want to be sure that my security is assured and that I am guaranteed freedom of movement.”