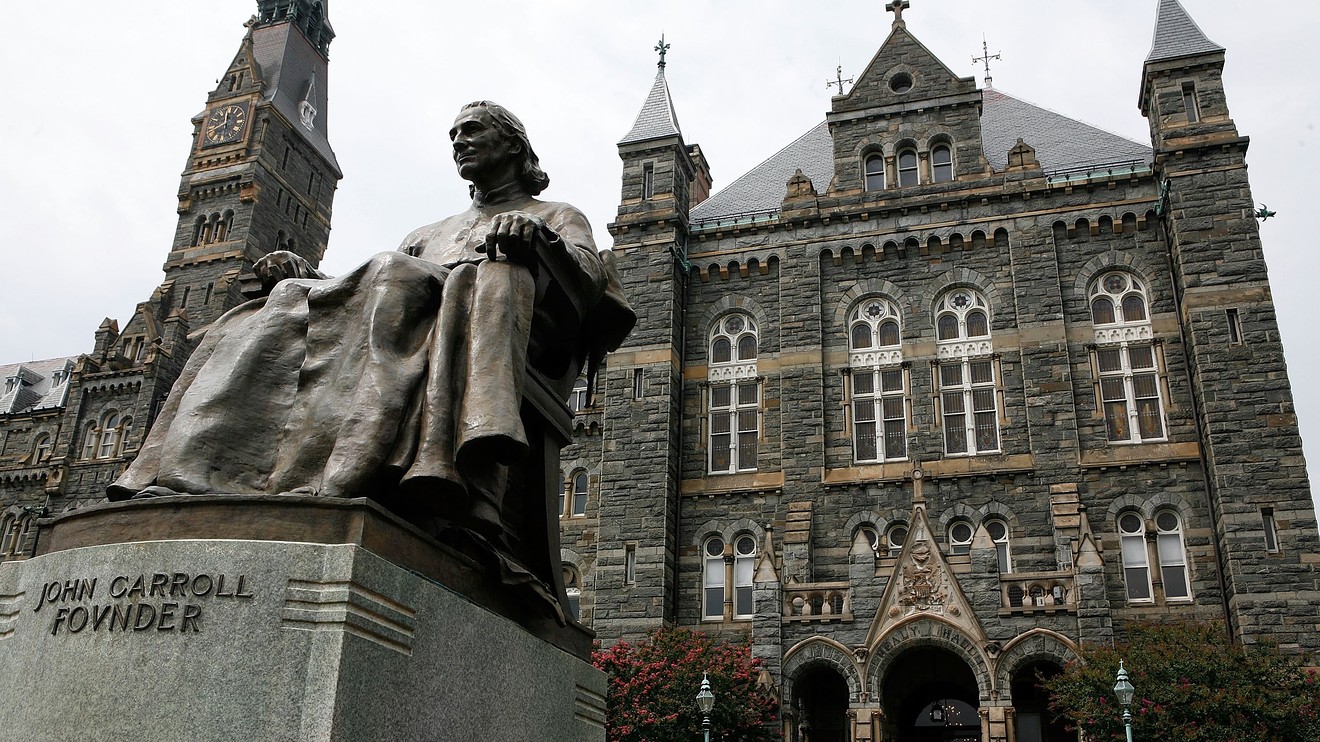 The ex-Pimco chief executive caught up in the college admissions scandal got a lighter sentence because of his history of philanthropy, a judge said Friday.

U.S. District Judge Nathaniel Gorton said he had planned to sentence former Pimco CEO Douglas Hodge to one year in prison, but decided to give him a “discount” because of his philanthropic endeavors, Bloomberg reported. Gorton sentenced Hodge to nine months and ordered him to pay a $750,000 fine and perform 500 hours of community service. It is still the stiffest penalty yet in the widespread college admissions scandal.

Hodge pleaded guilty in October to paying $850,000 in bribes to get four of his children into Georgetown University and the University of Southern California under the guise that they were tennis, soccer and football recruits.

“Mr. Hodge, your conduct in this whole sordid affair is appalling and mind-boggling at the same time,” Gorton said, according to USA Today. “It is unbelievable that someone of your education, intelligence and involvement in philanthropy and successful professional activities could have been for so long and so intimately a party to the systematic, pervasive bribing of college officials to get their kids into school.”

See also: These are the favorite charitable causes of the world’s wealthiest families — and climate change is NOT one of them

Hodge’s nine-month sentence was the longest yet in the college admissions scandal, in which three dozen parents have been charged with paying bribes to secure seats for their children at elite universities. Prosecutors had requested a two-year sentence for Hodge.

In a sentencing memo, Hodge’s attorneys asked the court for leniency on the grounds that Hodge was a “mission-driven” philanthropist who donated “well over” $30 million to more than 100 charities between 2007 and 2018. Approximately 95% of those gifts went to support “schools, universities, and programs to assist children in disadvantaged areas,” the memo stated.

“Doug is the most generous man I have ever dealt with,” his financial adviser wrote in a letter to the court attesting to his good character. Hodge donated, on average, nearly 60% of his earned income each year over the last four years of his employment, and upon his retirement, donated 100% of his deferred bonuses, attorneys wrote in the memo.

According to the sentencing memo, the children who first entered the orphanage in Cambodia are now young adults, “pursuing graduate studies and beginning their careers.” One student wrote a letter to the court, stating, “[W]hen I look back, I don’t even know what my life might have been like had I not received Mr. Hodge’s support. Most children who start out in situations like mine are not able to go to school and many end up becoming beggars on the street and often sex-trafficked.”

Hodge also supported the NOVA Academy, a tuition-free, charter high school “serving at-risk and underserved students in a largely Latino community of Santa Ana, California,” the El Sol Science and Arts Academy, another tuition-free charter school in Santa Ana, and Court Appointed Special Advocates (CASA), an organization “that recruits and trains community volunteers to serve as representatives in court for children with documented histories of severe child abuse and neglect.”

Hodge’s attorneys indicated he would use philanthropy in the future to make amends.

“Doug understands that this was a crime of privilege, where wealthy students unfairly and illegally obtained admission to colleges and universities, and he will therefore redouble his efforts to create educational opportunities for underserved children,” Hodge’s lawyers wrote in the sentencing memo.

Hodge spent 28 years at Pimco, serving as CEO from 2014 to 2017, when he retired at age 60, according to court documents. He reportedly received a bonus of $45 million in 2014. Hodge’s attorneys did not respond immediately to a request for comment. Federal prosecutors declined to comment.

The judge’s decision to give Hodge a break because of his philanthropic donations comes as elite philanthropy has been under fire. Some critics say wealthy donors use philanthropy to burnish their own reputations. Disgraced financier Jeffrey Epstein was thought to have used donations to MIT and other institutions to give himself a veneer of respectability while allegedly engaging in the sexual abuse of young women. (Epstein’s lawyers have denied the charges against him; he died by suicide while awaiting trial.)

New York Attorney General Tish James specifically called out the Sackler family’s history of donations to high-profile arts institutions when she sued the opioid makers last year, saying that the Sacklers — the owners of OxyContin-maker Purdue Pharma — made donations to “whitewash their decades long success in profiting at New Yorkers’ expense.” The Sacklers denied those allegations, saying they are “inconsistent with the factual record.”

A total of 20 parents in the college admissions scandal have pleaded guilty, and 14 have now been sentenced, including “Desperate Housewives” actress Felicity Huffman. Another 15 are contesting the charges, including “Full House” actress Lori Loughlin and her fashion designer husband, Mossimo Giannulli.

With reporting by the Associated Press