Home
Market
Exclusive: Aluminum smelter resurrected on Trump tariffs may close as losses mount
Prev Article Next Article
This post was originally published on this sitehttps://i-invdn-com.akamaized.net/trkd-images/LYNXNPEG1R0CB_L.jpg 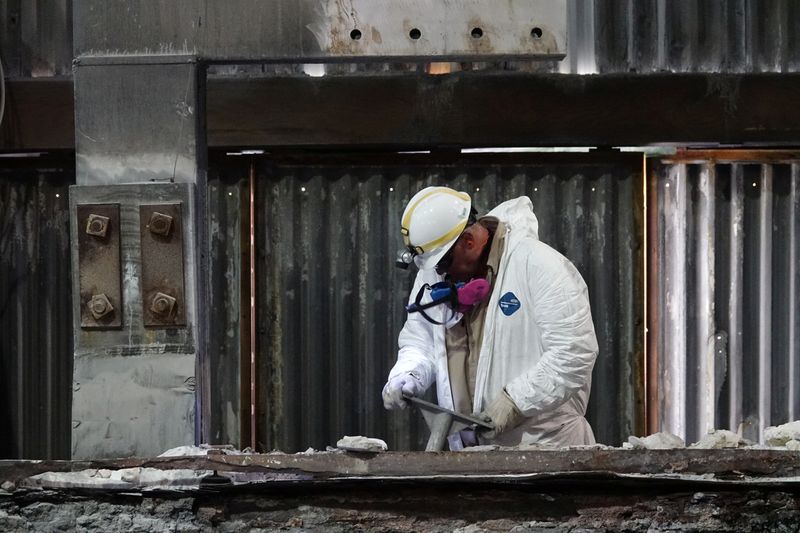 MARSTON, Missouri (Reuters) – A bankrupt aluminum smelter that re-opened in 2018, after U.S. President Donald Trump imposed tariffs on imported metals, is losing money at such a rapid clip that it could close within 60 days, the top executive at the Missouri plant said on Thursday.

Trump’s trade policies protect the generic aluminum product made by Magnitude 7 Metals LLC, a 50-year-old smelter on the banks of the Mississippi in southeastern Missouri. But the tariffs often do not cover the value-added aluminum products being shipped to the Unites States by foreign competitors, undercutting the company’s position.

“The rest of the world has gamed the tariffs, in our opinion,” Magnitude 7 Metals chief executive Charles Reali told Reuters in an interview. “The Commerce Department tried to help, but missed the mark.”

The grim outlook for Magnitude 7 has been exacerbated by the coronavirus, which is reverberating around the globe while raising fears of a global recession. On Friday, the London Metal Exchange (LME) aluminum price fell to $1,676 per ton, the lowest since October 2016.

Magnitude 7 Metals opened to great fanfare about two years ago in a ceremony attended by then-Missouri Governor Eric Greitens. Trump’s 10% tariffs on imported aluminum helped restore more than 400 jobs in New Madrid County, where nearly a quarter of the population lives in poverty. The plant shut down in 2016 when the previous owner, Noranda Aluminum, filed for bankruptcy.

But Reali describes the market for the plant’s generic aluminum product, P1020, as “absolutely terrible.”

“These prices are 1988 and 1989 prices, dollar for dollar. Obviously, the costs are a hell of a lot more today than they were then,” Reali said.

Magnitude 7’s aluminum fetches about $1,680 a ton on the metals market, down from about $2,100 a ton a year ago, Reali said. The original business plan, when former Glencore Plc (L:) trader Matt Lucke bought the plant for about $14 million out of bankruptcy, factored in a price of $2,300 to $2,400 per ton.

“We can’t sustain what we are doing at the current price,” Reali said. “Our costs are much higher. We’re seeing red numbers every month.”

The plant employs 515 workers. In a settlement last year with the National Labor Relations Board, Magnitude 7 agreed to recognize union workers. But there’s no collective bargaining agreement, and federal law prohibits the company from laying off hourly workers during contract negotiations, limiting the plant’s flexibility, Reali said.

The last time the aluminum plant closed, it was a body blow to the economy and to the county’s morale. Local police and ambulance budgets were cut. The county went into the red and the school district saw a 10% drop in enrollments as families left, local officials told Reuters.