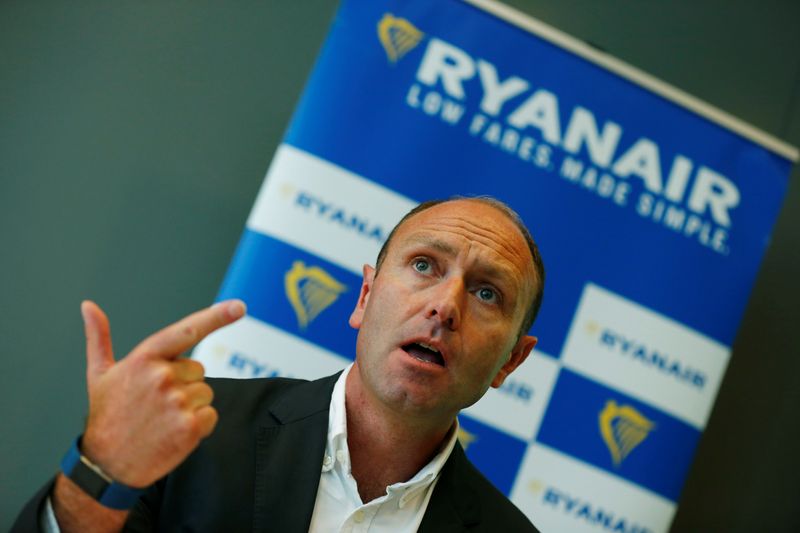 © Reuters. Jacobs, Chief Marketing Officer of Ryanair addresses the media during a news conference in Frankfurt 2/2

DUBLIN (Reuters) – Ryanair (I:) Chief Marketing Officer Kenny Jacobs, who spearheaded the airline’s drive to improve customer service, is to leave his position after six years at the end of April to pursue other challenges, he told Reuters on Monday.

Jacobs, who joined Ryanair at the start of 2014, was the architect of the airline’s ‘Always Getting Better’ drive to improve customer service and was charged with overhauling the company’s web site to adapt to individual customer preferences.

“I will enjoy a summer off with family and then look for my next challenge,” Jacobs said.

Chief executive Michael O’Leary said in an emailed statement that Ryanair’s digital presence and customer service had been transformed under Jacobs over the past six years.

Over the period, Ryanair has boosted the proportion of its revenue earned from optional extras such as assigned seating and additional baggage from just over 20% to just over 30%.

“Kenny was the author of the successful ‘Always Getting Better’ brand six years ago when he first joined, and he has championed many of the successful customer service improvements we have launched in recent years, which has underpinned our successful growth and evolution,” O’Leary said.

The move comes as Ryanair shifts to a group structure, appointing chief executives to lead several smaller subsidiaries, with each reporting to O’Leary as group chief executive.