Home
Market
Explainer: Why EU doesn't want to give Brexit Britain plain trade deal
Prev Article Next Article
This post was originally published on this sitehttps://i-invdn-com.akamaized.net/trkd-images/LYNXNPEG1P1NI_L.jpg 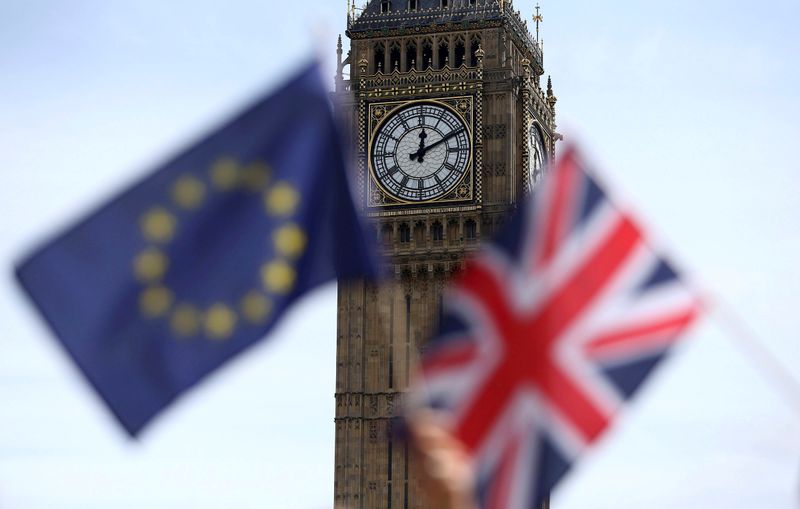 BRUSSELS (Reuters) – Britain and the European Union will launch talks next Monday on a new post-Brexit partnership due to start in 2021, but the two sides are already trading barbs on the scale and scope of their trade cooperation.

Britain says it wants a simple free trade agreement such as the EU has with Canada or Japan, which would mean significantly more trade frictions than there are currently between the world’s largest trading bloc and its fifth biggest economy.

But the EU’s Brexit negotiator, Michel Barnier, said on Wednesday that was not on offer without solid “level playing field” guarantees of fair competition ahead.

Here are the EU’s arguments for refusing to grant Britain a plain trade deal.

Unlike Japan, Canada, Chile, South Korea or Mexico, which sit thousands of kilometers away from EU’s borders, the UK is the bloc’s immediate neighbor and so its ability to impact the continent’s cherished internal market is exponentially bigger.

“The UK says that it wants Canada. But the problem with that is that the UK is not Canada,” Barnier said.

Unlike with the more distant countries, the EU says the UK will be its third-largest trading partner when the current transition period – during which Britain remains bound by EU laws and regulations – ends on Dec. 31.

The EU highlights “economic interconnectedness” with Britain, which ceased being a member of the bloc on Jan. 31 after nearly half a century. That makes the situation entirely different to that of other countries on other continents.

That is why the EU demands strong guarantees of fair competition from Britain from 2021, especially given London’s stated ambition to move away from EU rules on everything from environment and labor to competition, state aid and taxes.

The EU fears that a big, economically powerful close neighbor could adopt dumping practices and quickly become a “Singapore on Thames” that would undercut the bloc’s own market.

Through closely monitoring the so-called rules of origin, the EU wants to make sure goods coming tariff- and quota-free from the UK are not just cheaper products from elsewhere in the world that get assembled in Britain.

Barnier said the EU would not seek a deal “at any price” but Brussels seems keen to keep Britain closer in the future than Prime Minister Boris Johnson has said he wants.

Should the sides fail to seal a free trade deal or agree to extend the transition period, they would default to basic trading rules under the World Trade Organization, which would entail customs tariffs, quotas and cumbersome paperwork.