Home
Stocks
Explainomics: How to decide if you should invest in a 401(k), Roth 401(k), IRA or Roth IRA
Prev Article Next Article
This post was originally published on this site 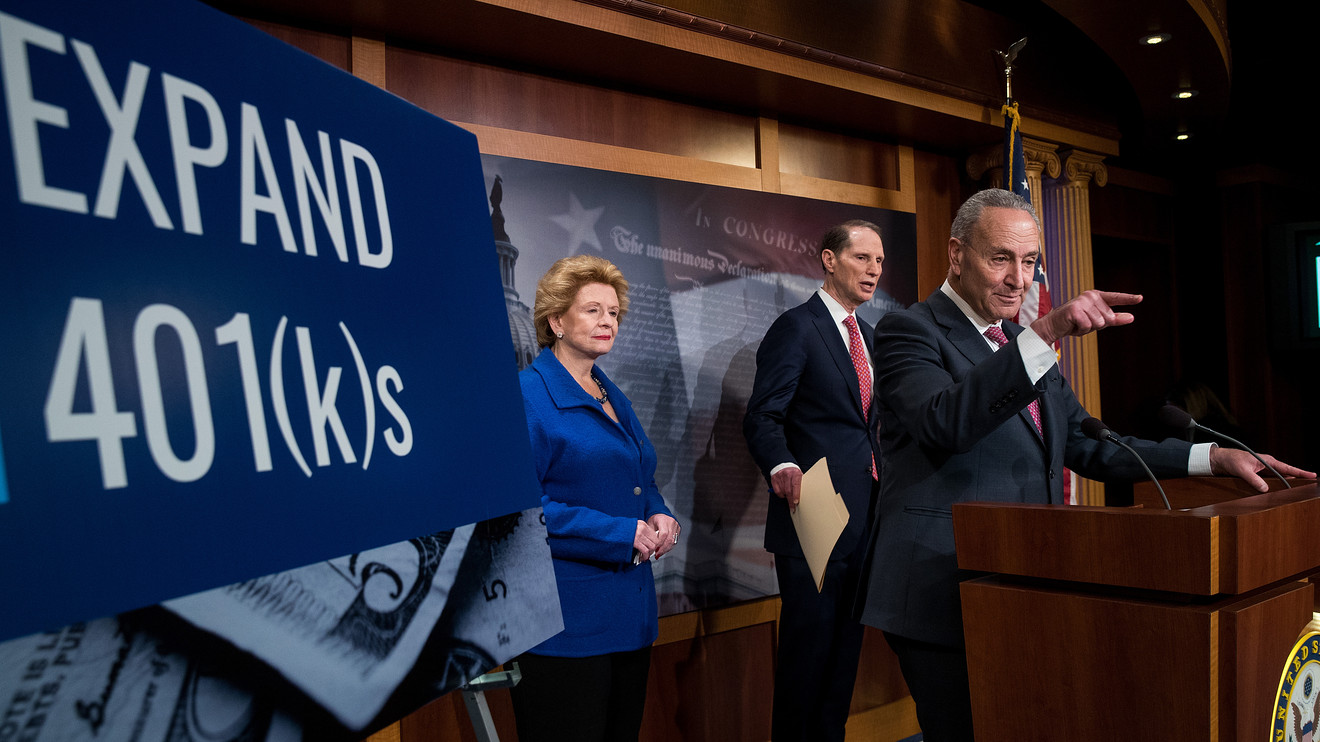 Too much choice can sometimes be a bad thing in life and it’s no different in saving for retirement. 401(k), Roth 401(k), IRA, Roth IRA — if the many different types of retirement accounts leave you feeling confused and overwhelmed, you’re not alone.

“Analysis paralysis” is a real thing for many Americans. For example, the more options offered in an employer’s 401(k) plan, the fewer employees tend to participate, according to research from Columbia University and The Vanguard Center for Retirement Research. And even though more than 72% of company retirement plans offer Roth options, less than 8% of employees take advantage of them, according to a report by T. Rowe Price. One big reason? People don’t understand them.

If you’re wondering how to pick between a traditional 401(k), a Roth 401(k), and a Roth IRA, here are three steps to help you decide.

Brush up on the differences

Both Roth and traditional accounts offer tax benefits. The difference is when you get to enjoy those benefits.

But you do have to pay taxes when you make withdrawals from the account after age 59 ½. In essence, you’re pushing your taxes back to your retirement years, when the money you withdraw will be taxed as ordinary income, said Kelli Click, president of STRATA Trust, an IRA custodian. That’s why these accounts are called “tax-deferred,” she said.

The tax benefits of Roth IRAs and Roth 401(k)s work in the opposite order. The money you contribute is taxed upfront, so anything you take out when you retire will be tax-free, as long as you leave it in the account for at least five years, Click said.

There are also some differences between Roth IRAs and Roth 401(k)s:

On the flip side, there is no income limit for Roth 401(k)s, so even very high earners can participate. But there’s a catch: you can only invest in a Roth 401(k) if your employer offers it.

Pick between Roth and traditional accounts

So how can you decide if you should use a traditional or Roth account? As a rule of thumb, advisers often ask whether you anticipate to be in a higher tax bracket now or in retirement.

If you think you’ll be making more money in retirement or if you believe taxes will rise in the future for fiscal or other reasons, many advisers would recommend you add a Roth option to your portfolio. That way you’ll get the tax benefit in the future, when your taxes will presumably be higher. In the opposite scenario — if you think your taxes will be lower in retirement — the advice would be to invest in traditional accounts.

Still, there are other individual factors that might come into play, which could change both your current cash flow and your future view of retirement, said Andrew Meadows, senior vice president at Ubiquity, a 401(k) plan provider.

“We all have different paths,” Meadows said. For example, if your employer offers a 401(k) match, it would make sense to take it, since it’s free money. If your family is growing and you suddenly have more mouths to feed, you might need to maximize your tax savings here and now. Or maybe you’re young and healthy, with many working years ahead of you. You might say “yes, I plan to be very successful in my life,” Meadows said, and pick a Roth account to maximize your tax benefits in your golden years.

In any case, the golden rule is save as much as you can, since “you’re betting on the power of compounding,” according to Meadows.

When in doubt, diversify

If you still feel unable to pick, you’re not alone.

“It hasn’t been proven that tax-deferred growth is better or worse [than tax-free growth]. Only time will tell,” said Jason Grantz, director of Institutional Retirement Consulting at Unified Trust Company. In other words, unless you have a crystal ball, there’s really no foolproof way to predict whether you’ll be in a higher tax bracket in retirement than the one you’re in now.

That’s where the concept of tax diversification comes into play.

“That basically means building both traditional and Roth accounts over the course of your working years, so you have options to pick from — buckets that are treated differently from a tax perspective,” Grantz said. That would include not only tax-deferred (traditional) and tax-free (Roth) accounts, but also taxable accounts, which are subject to the capital-gains tax.

There are several ways to do that to make the most out of your savings. You could max out your 401(k) at work and on top of that, open and contribute the maximum to a Roth IRA — as long as you’re making below the Roth IRA income limits (see above).

Or you could split your 401(k) contributions between a traditional and Roth 401(k) — equally or in any combination that works for you — as long as the combined total doesn’t exceed the annual contribution limit of $19,500 or $26,000 after the age of 50.

There are many other ways to combine accounts. And if life circumstances change, you could change your mind and pick a different combination.

Dividing your money among accounts with different tax treatments means you’ll be prepared no matter which direction taxes go in the future. It also enables you to do something called “tax-bracket management”, which looks at several years together to smooth out the receipt of income for the purpose of lowering the overall tax burden.

Finally, when it’s time to start taking out money, make sure to consult a tax accountant about the smartest way to make withdrawals to minimize your tax bill.