Home
Stocks
FA Center: How fund giant Vanguard is misleading investors about a tax on stock trades
Prev Article Next Article
This post was originally published on this site 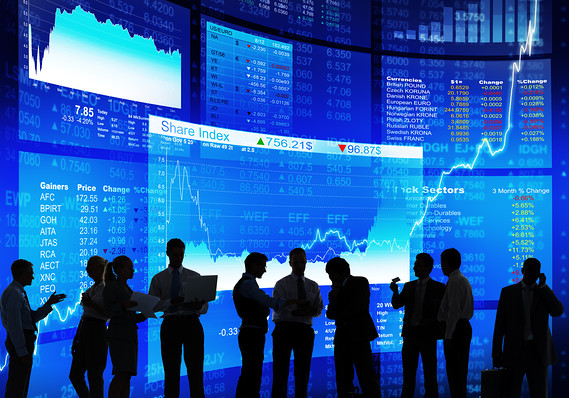 Almost since its founding in 1975 by the late, great John Bogle, I have held Vanguard Group, the mutual-fund giant, in only the highest regard.

Vanguard’s mission has been to deliver the lowest possible cost for services to investors and to conduct itself in a highly ethical manner. By structuring itself — unlike other mutual fund companies — as a non-profit (all profits are returned to investors, none to outside shareholders) it has consistently offered extremely low cost and high-quality investment services, pushing competitors to lower their costs too.

Perhaps because it has no outside shareholders whose share value is to be maximized, Vanguard has also been the most reliable source of unbiased financial information and research. While other companies, sometimes egregiously, slant their research and the information they provide (often it is only a sales pitch), Vanguard stands out as being credible.

But even the best companies make mistakes. Unfortunately, Vanguard is making a big one.

Bogle supported a financial transaction tax (FTT) — as do I — as a way to throw sand in the wheels of excessive and potentially harmful speculative trading activity. Currently, more than half of U.S. securities trades are attributable to high-frequency trading.

By contrast, in Hong Kong, the world’s third-largest stock market, there is little or no high-frequency trading, because Hong Kong imposes a 0.1% two-way (purchases and sales) “stamp duty” on trades. This has had no discernible negative effect on Hong Kong’s market or its economy, which is rated by the conservative Heritage Foundation the freest in the world.

Yet unlike Bogle, Vanguard’s current management opposes a FTT. Vanguard’s argument might be of interest if it were made on reasonable grounds, but the research Vanguard has provided in support of that position is not reasonable at all.

That research reads like a polemic. Its headline is “Main Street investors at risk — A financial transaction tax would harm everyday savers.”

This is the same specious argument that other would-be protectors of the U.S. financial industry, aligned against any restraints on it, have made. In fact, it is manifestly untrue. High-frequency speculative traders would be heavily impacted by the tax, but Main Street investors would be hardly affected at all.

Yet Vanguard’s one-page research document highlights “the hardships imposed on American families.” That “hardship,” Vanguard’s document states, would reduce the value after 20 years of a $10,000 initial investment by 19%.

But Vanguard’s conclusion assumed an enormous 1.09% reduction in an investor’s annual return due to the FTT. (Although Vanguard doesn’t say so, I assume this refers to the FTT proposed in the “Wall Street Tax Act” legislation currently before Congress.) To make that assumption, a close look at Vanguard’s graph reveals, the firm had to base its case on a stock portfolio 100% invested in a small-cap actively managed stock fund.

Vanguard would never recommend that investors commit more than 10%-20% of their money to such a fund. An investor who put all of her stock portfolio in, for example, Vanguard Strategic Small-Cap Equity Fund VSTCX, +1.29%  would have an undiversified, relatively high-cost, high-turnover portfolio — the opposite of what Vanguard generally recommends.

Furthermore, it is hard to understand how Vanguard could have come up with the figure of a 1.09% annual reduction in return because of the tax. Vanguard Strategic Small-Cap Equity as of the end of September 2019 had a 67% annual turnover rate. The direct effect of the 0.1% financial transaction tax on securities purchases can therefore only be 0.067% per year.

Where did Vanguard get the other 1.2%, to conclude that the FTT’s impact on the active small-cap fund would be 1.09%?

To its credit, Vanguard has responded faithfully to my questions about this research, though it has not yet responded to repeated questions as to what methodology and assumptions the company used to arrive at the figure of 1.09%.

Charles Kurtz, a Vanguard public-relations specialist, did tell me in an email, after I lodged my complaint about this research and we exchanged several emails, that Vanguard is currently revising the piece, he said, “to illustrate the impact of various levels of a FTT on additional fund types.” Kurtz also provided me with Vanguard’s preliminary revisions to this research. Specifically, he sent me the firm’s estimates of the impact of the tax on funds other than the active small-cap fund.

According to Kurtz’s email, for a large-cap index fund such as Vanguard’s flagship products (and largest funds) — Total Market Index Fund VTSMX, +0.89% and  S&P 500 Index Fund VFINX, +0.84% ) — Vanguard calculated that the tax’s impact would be just 0.044%, less than one-twentieth of their estimate of the 1.09% impact on an active small-cap fund.

Together, those large-cap funds hold more than $1 trillion in assets. Vanguard would have no compunction at all in recommending that an investor place 100% of her equity assets in any of these funds. By contrast, Vanguard’s active small-cap fund has assets of only $1.4 billion — and it would be recommended to comprise no more than a small segment of an investor’s portfolio.

Why did Vanguard choose to highlight this fund? Kurtz did not tell me — I am guessing he does not know why. Moreover, I disagree with Vanguard’s 0.044% estimate for the large-cap index fund and believe it should be much lower. But since I don’t know what methodology and assumptions Vanguard used to arrive at its estimate, I cannot evaluate it directly.

I welcome and look forward to Vanguard’s update of its research. But damage has been done. Vanguard’s biased, publicly available results, arrived at by unknown methods, and only for a small fund that does active trading, have already been highlighted by interested organizations in the financial industry to support their opposition to the FTT.

The danger for Vanguard is that it will appear to be no more than a financial-industry special pleader, of which there are so many, making spurious arguments to deter any and all regulation or taxation of the industry. This has not been Vanguard’s legacy. Special pleading for the financial industry should never be its advocacy.

I look forward to Vanguard’s revision of this research. I believe it will be much-less biased.

Michael Edesess is chief investment strategist with the mobile financial-planning software company Plynty and a research associate at the EDHEC-Risk Institute. He is the author of “The Big Investment Lie” and co-author of “The 3 Simple Rules of Investment.”

More: With brokerage fees at $0, will these other costs drop too?

Also read: Afraid of sky-high stock valuations? These ‘Dividend Aristocrats’ have yields over 3%