Home
Stocks
FA Center: This is a sure way to make costly investing mistakes in the coronavirus crash
Prev Article Next Article
This post was originally published on this site

All of the Dow Jones Industrial Average’s gains since 2017 have been erased, and the U.S. market benchmark is verging on its worst month since the Great Depression. Who wouldn’t be checking their investment portfolio all of the time?

Yet the frequent checking not only raises your anxiety level, but also makes you a worse investor. Behavioral finance studies into investor behavior confirm this. Their consistent finding is that we tend to be more cautious when we check our portfolios constantly, with adverse long-term consequences for our investing goals.

I was prompted to write this column after seeing a full-page magazine advertisement from a major financial services company extolling the virtues of its smartphone app that allows you at any time — in this ad it’s a nature walk — to check on and update your long-term financial plan. 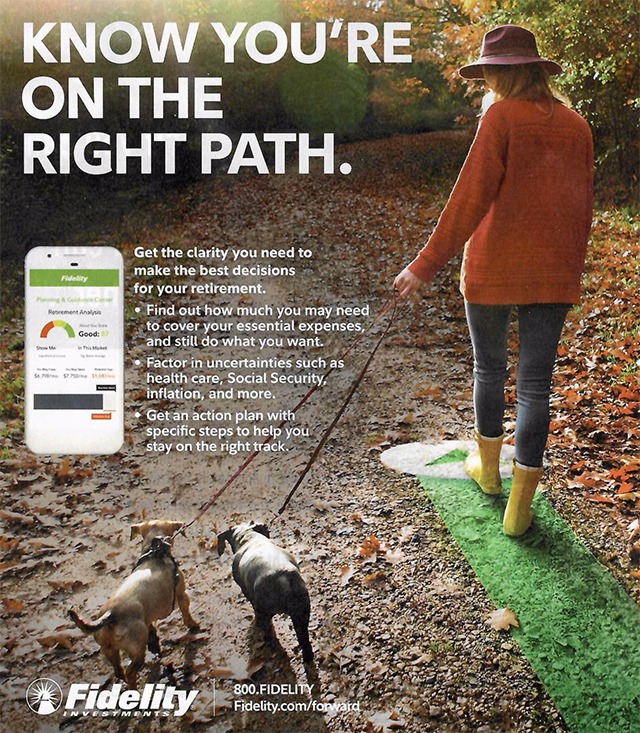 Really? The mark of a good financial plan is that it frees you from having to check and re-check your portfolio every day, week, month or even quarter — much less while walking your dogs. The ability to make changes while strolling through the forest is a recipe for self-destructive behavior.

The groundbreaking study proving this was published in the Quarterly Journal of Economics in 1995 by Shlomo Benartzi, a professor and chair of the Behavioral Decision-Making Group at the UCLA Anderson School of Management, and Richard Thaler, Professor of Behavioral Science and Economics at the University of Chicago Booth School of Business (and 2015 Nobel laureate in economics). The professors reached their conclusion after conducting simulations comparing the behavior of investors who frequently checked their portfolios versus those who did so infrequently.

The researchers found that the former group constructed much more conservative portfolios, with far lower equity exposures, than the latter group. The professors called this phenomenon “myopic loss aversion.” Not surprisingly, it led the more frequent checkers to have significantly poorer performance over time.

To be sure, this research was published before the internet had come to completely dominate our lives. In the 1980s and 1990s, many investors relied on monthly or quarterly statements to determine their net worth. So the professors assumed that the frequent checkers were those who looked at their portfolio values every few months.

Calling those people “frequent checkers” seems quaint, since they now would be considered almost long-term investors. But the same pattern that Benartzi and Thaler discovered three decades ago applies in today’s 24/7 world.

Consider a 2016 study from the National Bureau of Economic Research that compared the performance of stock traders in two different groups: Those who focused on their portfolio’s performance on a second-by-second basis with those who checked every four hours. Those in the four-hour group “invest 33% more in risky assets, yielding profits that are 53% higher, compared to traders who receive frequent price information,” the study found.

Recent volatility provides a good illustration of the general phenomenon. On March 16, the Dow DJIA, -4.55%  dropped 3,000 points, or 12.9% — the worst one-day percentage plunge for the Dow since 1896, with the sole exception of the 1987 Crash. That was enough to send anyone into a panic — if they were watching the market that day. In fact, however, the broad market at the March 16 close was just 3.8% lower than where it had closed two trading sessions previously. Those who focused on the Dow’s three-day rate of change were a lot less anxious than those who focused on shorter horizons.

By the way, this pattern that the researchers have documented appears to be fairly universal, and not confined to the stock market.

Consider a study conducted by Ellen Peters, director of the Center for Science Communication Research at the University of Oregon, and Par Bjalkebring, a researcher in the Department of Psychology at the University of Gothenburg in Sweden. As Peters described in a recent New York Times article, they compared the anxiety levels of two groups of Americans: The first contained those who at least once a day had checked the latest coronavirus statistics, and the second contained those who were less-frequent checkers. They found that the frequent checkers were more anxious, with 38% of them self-reporting that they worried about the virus, in contrast to just 18% of those who checked less frequently.

“Our findings suggest that people who look frequently at coronavirus statistics may focus too much on the scary stuff — the numbers of infected people and deaths — and not enough on the numbers of people not infected and of those infected who survived,” Peters wrote.

Is there an antidote to myopic loss aversion? To find out, we need first to understand what causes it. Benartzi and Thaler argued that it is the result of two factors: people are more sensitive to losses than to gains, and the shorter-term our focus, the more we experience losses.

Since our sensitivity to losses is hard-wired into our psyches, we’re unlikely to change it anytime soon. So the key is to check our portfolios less frequently.

Is that realistic? The only way to find out is to try. Carve out significant periods where you don’t check the markets. Make these periods long enough, and do this experiment enough times, to get a good idea of how it may affect your mood.

Not only might you find yourself less stressed, your portfolio over time may actually perform better. That would reduce your anxiety level even more, creating a virtuous cycle in which you eventually find yourself leaving your smartphone at home when you take the dogs for a walk.

More: Wall Street money manager says the stock market won’t hit bottom until investors throw in the towel — and we’re not there yet

Also read: The Dow is on pace for its worst month since the Great Depression, but here’s why all hope isn’t lost amid the coronavirus crisis