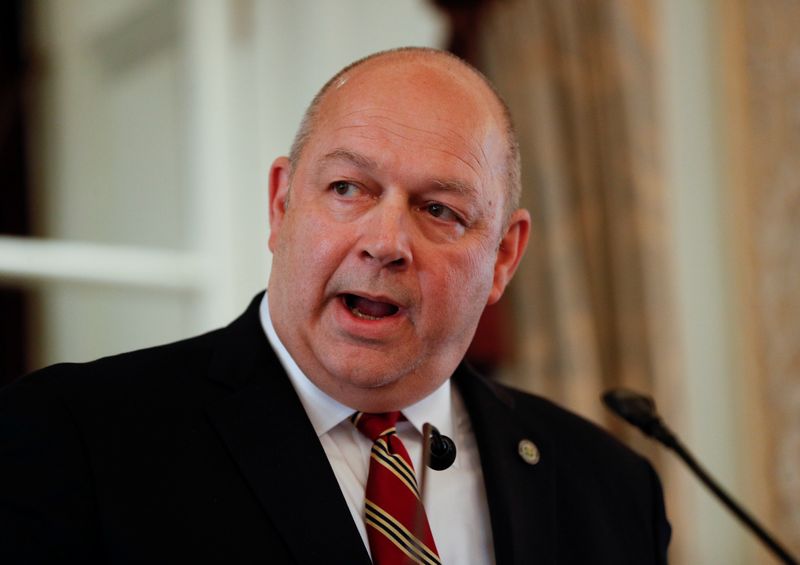 “On the design approval, from everything that I have seen I think we’ll have very solid alignment,” he told an airline industry event in London.

Boeing has said its best estimate is that the aircraft will not be ungrounded until mid-2020, after endorsing simulator training for pilots before flights resume, and that regulators will determine the timing.

Last month, Dickson told senior U.S. airline officials that the FAA could approve the return of the aircraft before mid-year, earlier than the planemaker has suggested, according to people briefed on the call.

Dickson said on Thursday some regulators might want to “go above and beyond” on the operational side of returning the aircraft to the skies.

But he said air safety agencies globally agreed far more than they disagreed on the process.

“There’s been speculation in the press about our relationship with international regulators, particularly EASA (European Union Aviation Safety Agency) following the MAX crashes,” he added.

“Let me just say that our working relationship remains strong. In fact, I think among many regulators around the world, probably as strong as it ever has been, at all levels, and we agree far more than we disagree as we work together to return the aircraft to service.”