Home
Stocks
Facebook, Apple, Google and Twitter ask staff to work remotely due to coronavirus — here’s the bad news for the rest of America
Prev Article Next Article
This post was originally published on this site

Working from home is a luxury that only some, mainly white-collar Americans, can afford.

Many can communicate in real-time on internal message systems like Slack WORK, -6.93% and videoconferencing like Zoom ZM, -8.54% But not all employers, especially small businesses, can afford the kind of equipment that enables people to work from home seamlessly.

Despite unemployment being at near a 50-year low and a bullish stock market over the last decade, nearly 4.6 million Americans have multiple jobs to make ends meet, as they struggle with stagnant wages and rising costs, according to a new study released by Deutsche Bank DB, -2.06%

Service workers in the food, retail and other industries; teachers; construction workers; gig-economy workers such as Uber UBER, -1.64% and Lyft LYFT, -2.85% drivers, police, first-responders obviously can’t work remotely. There are approximately 4 million drivers in the U.S. 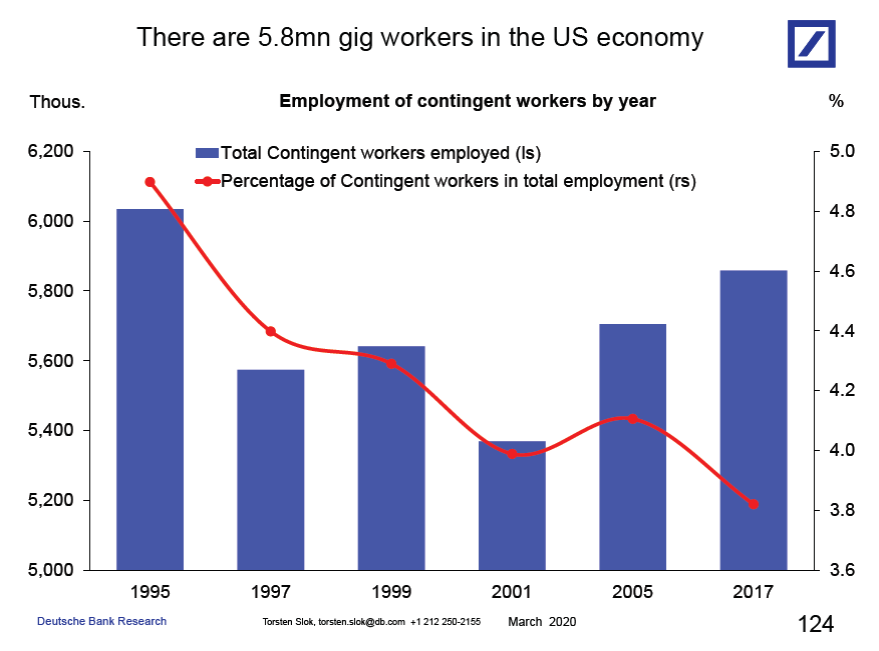 Approximately 107.8 million people, or 71% of all nonfarm payroll employees, work in private service-providing industries, according to the Bureau of Labor Statistics, analyzed by the Pew Research Center, and nearly 12.9 million Americans worked in manufacturing.

“ Workers who deal with the public daily, such as waiters and retail staff, run the risk of contracting coronavirus. ”

What’s more, workers who deal with the public on a daily basis such as waiters and retail staff also run the risk of contracting coronavirus, the disease that seems to be more deadly for older people, heavy smokers, and those with medical histories such as diabetes, cancer and respiratory illnesses.

On Friday, British Airways said that two members of its staff have tested positive for coronavirus. A spokeswoman for the airline, which is a subsidiary of International Consolidated Airlines Group SA, said that the employees have been isolated and were recovering at home.

Worldwide, there were 105,820 COVID-19 cases and at least 3,558 deaths as of Saturday evening; 58,354 people worldwide have recovered, according to data published by the Johns Hopkins Whiting School of Engineering’s Center for Systems Science and Engineering. 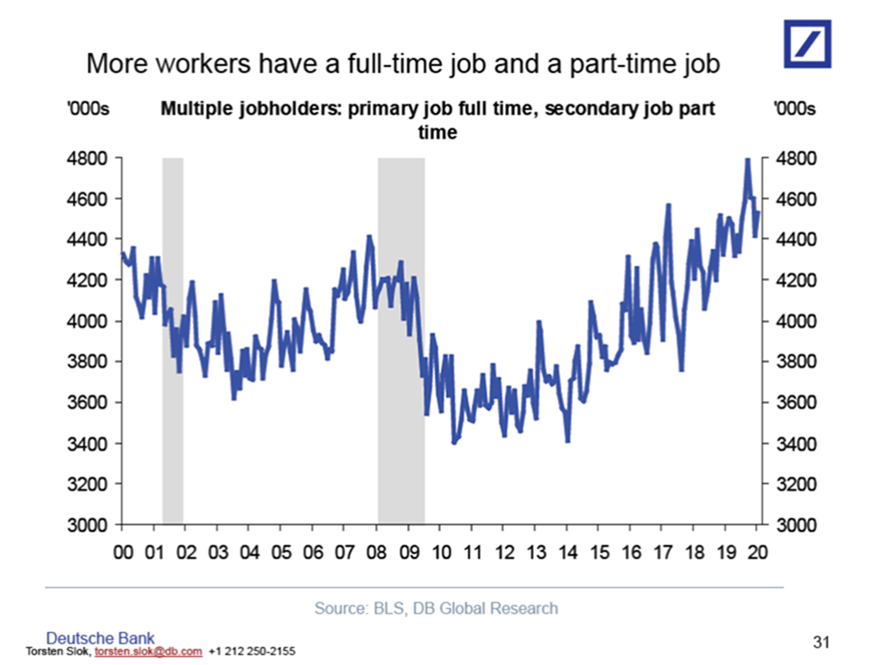 While the number of new cases in China continues to drop off, growing infection clusters in Iran, Italy and South Korea remain. In the U.S., 19 people have died, health authorities said, and there are approximately 401 confirmed cases, Johns Hopkins added.

Some workers have better protections than other. People who work in the gig economy are, on average, half as likely to have employer-sponsored health insurance than those who work in jobs that are part of the so-called traditional economy, the Deutsche Bank study also found.

Read also: Will coronavirus spread in the U.S.? What Americans can learn from mistakes made during those critical, early days in China

The Bureau of Labor Statistics does not have an explicit definition for a gig worker, or a formal way of tracking them. The Contingent Worker Supplement studies “contingent workers” in temporary working arrangements that they don’t expect to last more than a year.

However, before 2018, the BLS had not released the Contingent Worker Supplement since 2005 due in large part to a lack of funding. The most recent report found that approximately 6 million people or nearly 4% of all workers are contingent workers. 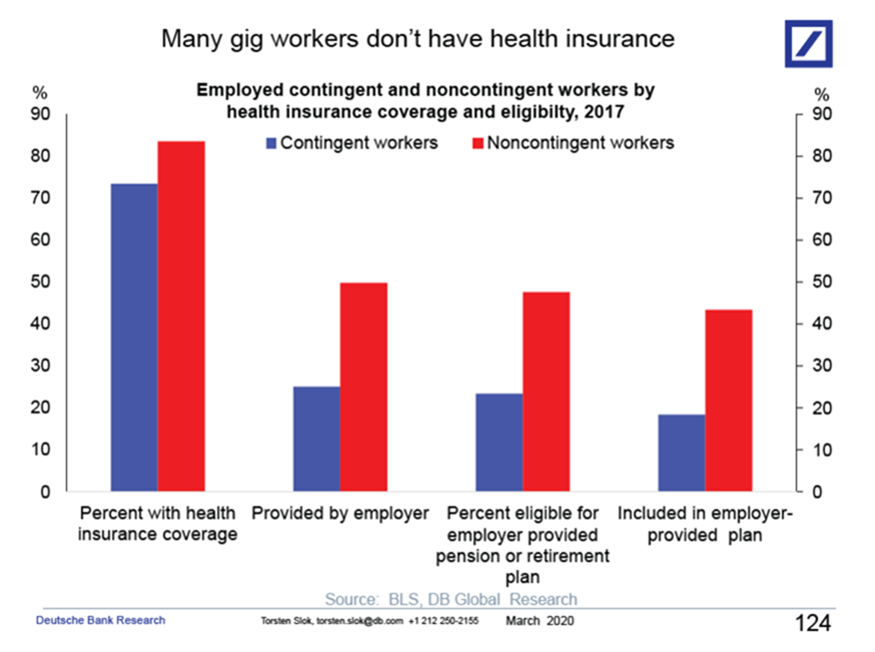