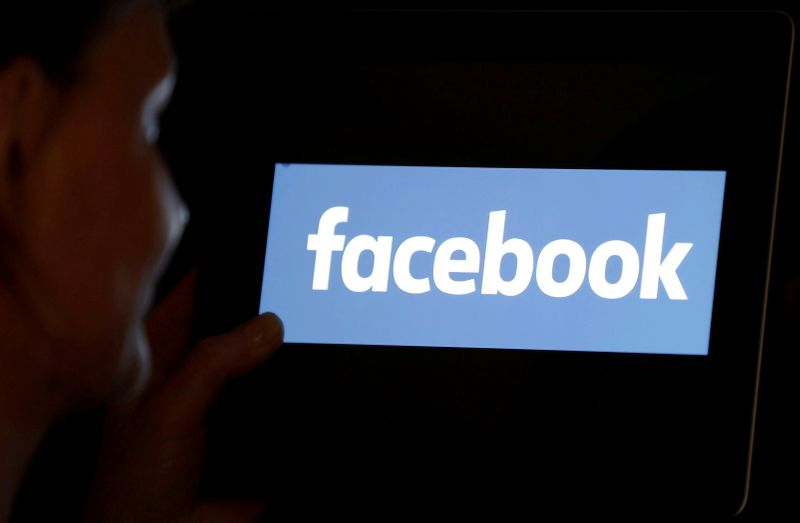 © Reuters. FILE PHOTO: A woman looks at the Facebook logo on a screen.

By Katie Paul and Munsif Vengattil

(Reuters) – Facebook Inc (O:) said on Wednesday that growth would continue to slow as its business matured and it reported a surge in quarterly expenses, disappointing Wall Street expectations that the costs of improving privacy would level off.

Total costs and expenses surged 34% to $12.22 billion in the fourth quarter, more than double the 14% that analysts had forecast and dragging down operating margins to 42% from 46% a year earlier.

Revenue growth was the slowest-ever at 25%, although it beat analysts’ expectations of a dip to 23%, playing to concerns that Facebook is struggling to restore its pre-2018 momentum.

The pace of expansion will slow further in the first quarter, with a percentage point decline in the low- to mid-single digits, Chief Financial Officer David Wehner said on a call with investors, citing maturing business, and the impact of global privacy regulation and concerns about ad targeting.

“We have experienced some modest impact from these headwinds to date. The majority of the impact lies in front of us,” Wehner said.

Facebook has faced scrutiny over the past three years from regulators and users worldwide over its privacy practices and data breaches. It is also facing heat over how its services have been manipulated and used to spread misinformation.

Still, its shares are up more than 50% over the last year, raising pressure for a strong performance.

“FB stock had made a big run-up in anticipation of the report …so the room for error was low,” said Daniel Morgan, a portfolio manager at Synovus Trust Co.

Daily active users rose to 1.66 billion in the fourth quarter, ahead of estimates of 1.65 billion, according to IBES data from Refinitiv.

Ad sales jumped 25% to $20.74 billion in the quarter, above analysts’ average estimate of $20.52 billion, according to IBES data from Refinitiv.