Home
Stocks
: Facebook, Twitter, Bank of America and other large companies pledge to boost numbers of diverse leaders
Prev Article Next Article
This post was originally published on this site 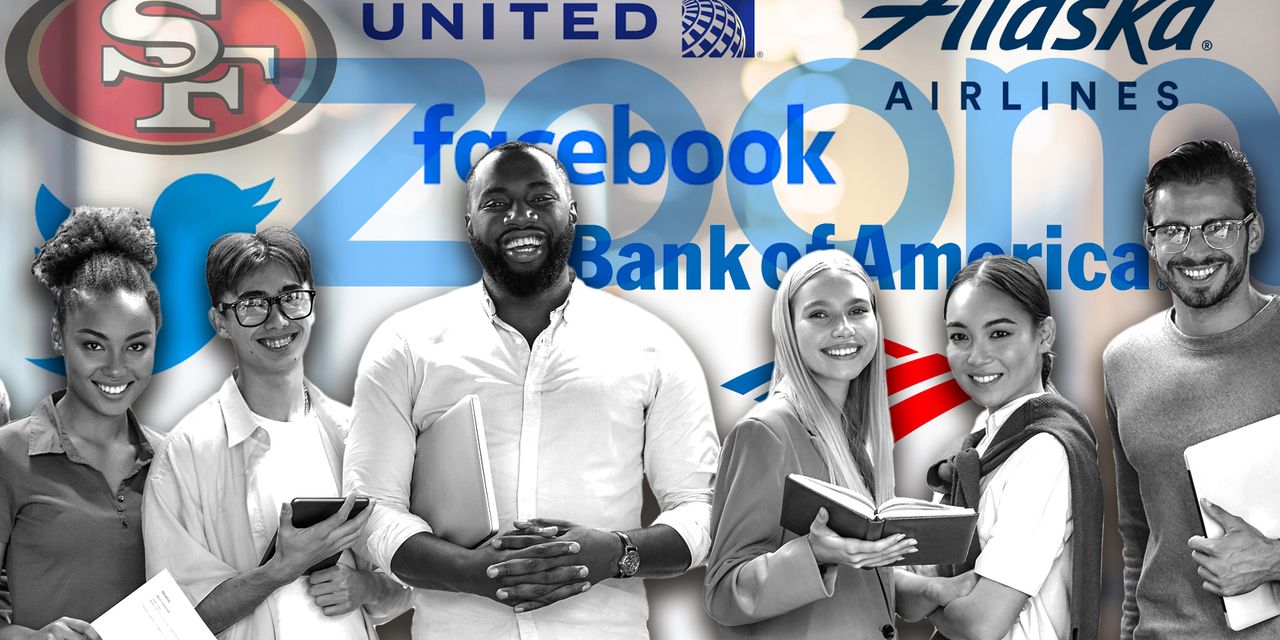 Some of the nation’s biggest and most well-known companies, institutions and organizations have signed onto a Silicon Valley-born initiative to boost diversity in their leadership to 25% by the year 2025.

Companies that take the pledge commit that at least 25% of their leadership will be individuals from underrepresented groups (people of color and women) by 2025, or that by 2025 they will see at least a 25% boost in underrepresented executives in leadership roles. The companies are expected to publicize their diversity data and annual progress toward the goal, although those goals will look different depending on the levels of leadership companies decide will be covered by the initiative.

“Nowhere in corporate America have I seen these metrics or an initiative with these types of metrics,” said SVLG CEO Ahmad Thomas in an interview with MarketWatch before the announcement of the initiative. “This isn’t window dressing. It’s not a feel-good letter that everyone can sign onto, then go back out on the golf course. There’s a reason why we haven’t seen anything like this: It’s a feat.”

The effort comes as employees, companies, shareholders and activists have stepped up advocacy for the importance of diversity in workplaces, at the executive level and boardrooms, especially after 2020, which brought racial-justice issues to the fore.

Some of these companies have been disclosing their diversity numbers for a while. With some prodding over the past several years, the tech industry has largely made its workplace demographics public, and other companies have followed. Thomas said he hopes that on this initiative, too, “as Silicon Valley goes, so goes the nation.”

See: We are learning more about diversity at tech companies

Also see: Employees at center of racial controversies at tech companies speak out

Twitter is one of the companies on the list that regularly releases its workforce diversity data. Twitter last year set a goal of boosting the number of women in its global workforce to 50% by 2025. The company’s current leadership is made up of 38.2% women. In terms of race and ethnicity, Twitter’s leadership is 56% white, 17.6% Asian, 6.5% Black and 3.9% Latinx.

“We’re proud to join the 25×25 pledge, which expands on our bold vision for workforce representation and commitment to inclusion and diversity programs to accelerate progress,” said Dalana Brand, a vice president and head of inclusion and diversity at Twitter, in a statement. “Twitter’s purpose is to serve the public conversation and we’re committed to making sure our company reflects the diversity of people who use the service.”

As it asked others to sign the pledge, SVLG cited studies from McKinsey that have found companies with ethnically diverse executive teams are 36% more likely to achieve above average profitability, with that number being 25% for executive teams with gender diversity. Another study, by Boston Consulting Group, found diverse management teams have 19% higher revenues.

“As a Black executive, I have very strong feelings [about diversity],” said Thomas, the SVLG’s first Black CEO. “I believe it’s the right thing to do. “But ultimately the data is incontrovertible. Business competitiveness drives this.”

As part of the initiative, companies that take the pledge also commit to boost resources by 25% by 2025 for funding and/or community engagement for underrepresented groups and toward expanding pipelines for minority talent. They also commit to educating their workforces about inclusion and unconscious bias.