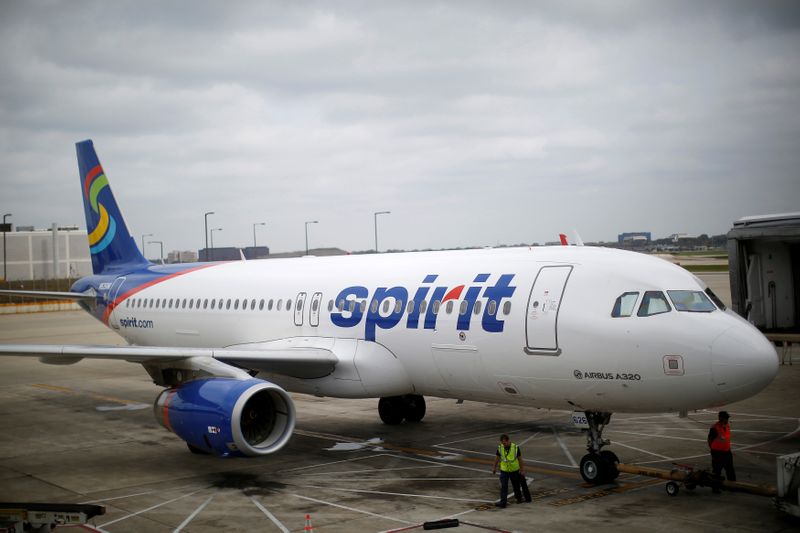 © Reuters. FILE PHOTO: A Spirit Airlines A320-200 airplane sits at a gate at the O’Hare Airport in Chicago, Illinois

WASHINGTON (Reuters) – The airline industry could run into turbulence on Capitol Hill next week as a U.S. Congressional panel tackles passenger complaints about unpleasant airline experiences, holding a hearing that will include budget airline Spirit Airlines Inc (N:) and passenger advocates.

Consumer Reports, which will testify, launched a petition this month asking major airlines to stop charging some families to sit together and said airlines have knowingly separated children from their parents as young as two years old.

In 2018, Congress enacted some reforms and top airline executives pledged to address customer service failures especially over passenger frustrations with problems such as overbooking.

Since then, airlines have continued to hike baggage fees and introduce fares with fewer privileges, including tickets that do not allow passengers to pick a seat, bring carry-on luggage or use overhead compartments. Airlines have shrunk the average space between seats and seat width over the last decade to pack more passengers on planes.

U.S. airlines revenue from baggage and reservation change fees increased from $5.7 billion in 2010 to $7.6 billion in 2018. Other fees are not reported to regulators. Airlines have lobbied against new rules limiting fees.

Also testifying will be Matt Klein, Sprit’s chief commercial officer, along with Joe Leader, who heads the Airline Passenger Experience Association and officials with Paralyzed Veterans of America, Consumer Reports and the U.S. Government Accountability Office.

Spirit’s lowest-cost fares require consumers to pay for carry-on bags larger than a laptop bag or purse and cost significantly more if consumers do not pay until arriving at the gate. Unlike other large airlines, Spirit also charges for bottled water and soft drinks, but their base fares are often significantly cheaper than rivals.

Congress in 2018 abandoned efforts to mandate “reasonable and proportional” airline baggage and change fees, but required the Federal Aviation Administration (FAA) to set minimum dimensions for passenger seats — including leg room and width. The FAA has conducted testing and told congressional staff it does not expect to act before June.

Congress in 2018 required airlines to allow passengers traveling with small children to check strollers, and required regulators to determine if it was deceptive for airlines to tell passengers “that a flight is delayed or canceled due to weather alone when other factors are involved.”

Those modest reforms followed a series of incidents, including the hauling of a seated passenger down the aisle of a United Airlines (O:) flight in Chicago and death of a dog in an overhead bin in another United flight.