Home
Market
Fed May Cut as Soon as March Based on Market History, BMO Says
Prev Article Next Article
This post was originally published on this sitehttps://i-invdn-com.akamaized.net/content/pic8971f3b1788de30924f251c8b07f5184.jpg 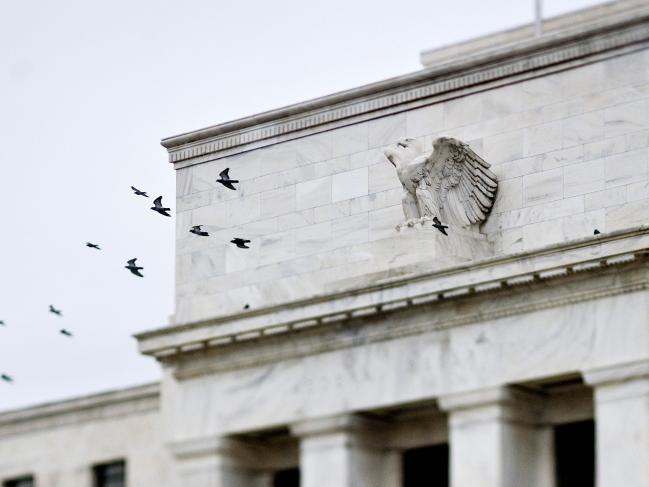 (Bloomberg) — Market pricing suggests that a Federal Reserve interest-rate cut could be in the cards as soon as March or April, even though the first quarter-point reduction isn’t being fully priced in until around June.

That’s the view of BMO Capital Markets’ Jon Hill and Ben Jeffery, who said that, since the 1980s, front-end markets have almost never priced in cuts to this extent without the Fed following through. And most of the time, that accommodation comes within two months, according to the firm.

Based on BMO’s analysis, “a move March or April is on the table in 2020,” the strategists wrote in a note Wednesday. The Fed likely won’t be able to “escape” cutting rates at some point in coming months so it may be “tactically prudent” for investors to take advantage of any occasions when front-end rates rise, they wrote.

Yields have plunged across the U.S. curve as fears about the spreading coronavirus have rocked global financial markets, with the 10-year Treasury rate on Wednesday dipping to a record low below 1.30%. Fed funds futures show the odds of easing at the Federal Open Market Committee’s March or April meeting have been rising, with a 25-basis-point shift completely priced in by mid-year.

In eurodollar options, additional demand emerged on Wednesday for protection against faster and deeper rate cuts.

The BMO strategists point to the implied rate on the one-year forward eurodollar futures contract, which has fallen to more than 60 basis points below the middle of the FOMC’s target range for fed funds. In past comparable episodes, the Fed has almost always delivered a cut within one to two months, they said. The only exception was the run-up to the 2008 financial crisis.

“Our base case is not necessarily March or April, but April is certainly more likely than March because we’ll have seen more data releases on the economic impact of coronavirus,” Hill said by phone. While two months “is not a hard and fast rule,” March and April are “live possibilities” and the first rate cut would probably be 50 basis points instead of 25, according to Hill.

At this stage though, top policy makers have been downplaying such prospects. In remarks Tuesday, Fed Vice Chairman Richard Clarida signaled that policy makers won’t be rushed to judgment on the need to cut rates. He said it’s “still too soon” to say whether the coronavirus outbreak will cause a material change in the U.S. outlook.