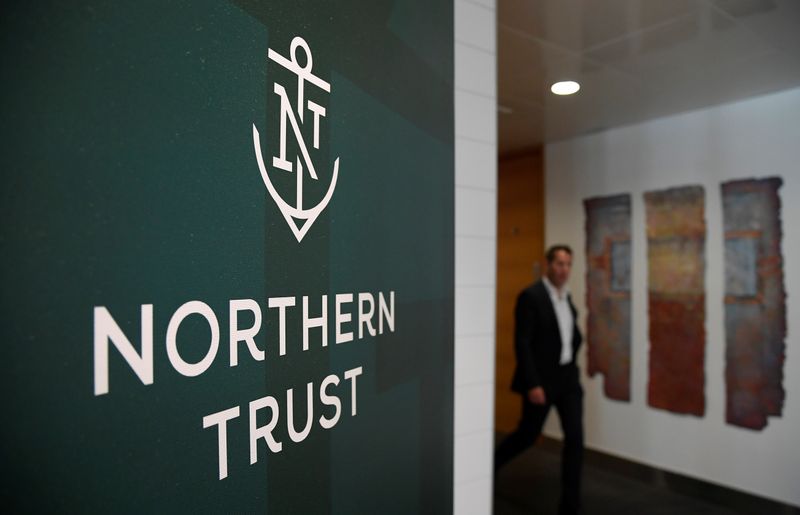 BOSTON (Reuters) – Liquidity at a $2.2 billion prime money-market fund run by Northern Trust Corp (NASDAQ:NTRS) fell below the key 30% U.S. regulatory threshold twice last week, but rebounded above that level after the U.S. Federal Reserve shored up the industry.

As the coronavirus roils the global economy and squeezes Wall Street for cash, money-market reforms put in place after the 2007-2009 financial crisis are weathering a major test.

Several institutional prime funds, whose investors include large corporations, were at risk of falling below the 30% threshold before the Fed took extraordinary steps reminiscent of the last financial crisis to backstop the money-market industry.

The Northern Prime Obligations Portfolio disclosed that its weekly liquidity level fell to 27% of assets twice last week, according to the fund’s website – reducing its buffer for quickly converting assets into cash to meet investors’ redemptions.

However, Chicago-based Northern Trust, a bank and wealth manager, said on Monday the latest weekly liquidity level for the fund was nearly 41%.

The Fed’s action gave Wall Street confidence to buy short-term corporate debt, releasing pressure on a market that seized up last week amid a global panic.

Prime institutional money fund assets last week fell 16% to $271 billion. While these funds make up a small slice of the $3.8 trillion U.S. money-market fund industry, they are a key barometer of the health of the market for short-term, highly-rated corporate debt.

“On Wednesday, the Federal Reserve Board announced the establishment of a Money Market Fund Liquidity Facility,” Northern Trust spokesman Doug Holt said. “This has been helpful to facilitate liquidity for institutional and retail prime money market funds that want to sell credit investments.”

Funds are required to be able to convert at least 30% of their assets into cash within five business days to meet investor redemption requests.

Assets in the Northern Prime Obligations Portfolio have plunged more than 40% this month. Net withdrawals of $1.1 billion during a four-day stretch last week dragged down the fund’s weekly liquid assets.

A fund’s weekly liquidity level is published daily by prime money market funds. BlackRock (NYSE:BLK) called the ratio an “amber flashing light” for investors, in a report published this month for its clients.

If a fund’s weekly liquid assets drop below 30%, its board has the discretion to introduce redemption fees of up to 2% to slow investor withdrawals. It also could halt redemptions with so-called gates for up to 10 business days to insulate the fund from a redemption run, according to rules set by the U.S. Securities and Exchange Commission after the last financial crisis.

Another post-crisis rule change allows the net asset value of prime money-market funds to fluctuate. The floating NAV rule gives funds some relief if the value of their shares fall below $1 apiece, which is known as “breaking the buck.”

“Investors are getting used to it. There’s no longer a break the buck mentality anymore,” Fitch Ratings analyst Greg Fayvilevich said, referring to prime funds.

Now, it is all about their liquidity levels, he added.