Home
Market
Ferrari tempers 2020 expectations with cautious upgrade
Prev Article Next Article
This post was originally published on this sitehttps://i-invdn-com.akamaized.net/trkd-images/LYNXMPEG130U5_L.jpg 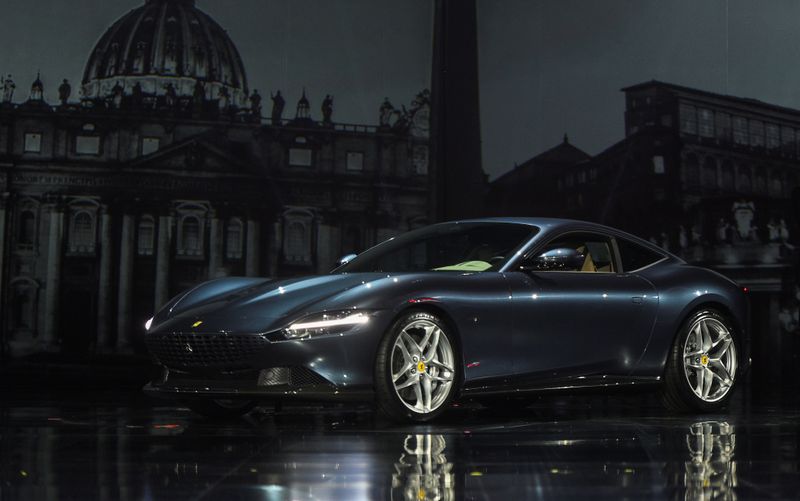 MILAN (Reuters) – Demand for Ferrari’s (MI:) Portofino and 812 Superfast models helped the Italian supercar maker hit profit targets for last year though it only a provided cautious upgrade to its outlook for 2020.

Ferrari (NYSE:) said it planned to boost adjusted earnings before interest, tax, depreciation and amortization (EBITDA) to 1.38 billion-1.43 billion euros this year above a previous target 1.3 billion euros given in 2018, disappointing some.

Morgan Stanley (NYSE:) analysts said the outlook was slightly below market expectations though they did not expect a material reaction in the share price, which has been riding high.

Ferrari shares have more than trebled since it listed in 2016 as the brand famed for its racing pedigree clocked up a string of strong results and boosted its profit margins to above 30%, a return most carmakers only dream of.

Rival Aston Martin (L:), for example, has a margin below 7% while Porsche, which is owned by Germany’s Volkswagen (DE:), as an operating margin of about 17%.

Ferrari – which is controlled by Italy’s Agnelli family through Exor (MI:) – said adjusted EBITDA rose 22% in the last quarter of 2019 to 333 million euros ($368 million), just missing a forecast of 340 million in a Reuters poll.

Net revenues rose 10% in the fourth quarter to 927 million euros.

Deliveries to Europe, Middle East and Africa – by far its biggest market – jumped 29%, more than offsetting a 25% drop in the Americas and a slump of 65% in China, Hong Kong and Taiwan, which accounts for about 8% of revenue.

Its fourth quarter results left 2019 profit at 1.269 billion euros, in line with an estimate of about 1.27 billion the company gave in November. Its adjusted core profit margin came in at 33.7% versus a target of 34%.

After releasing a record five new models last year – including the F90 Stradale, the Prancing Horse’s first mass production hybrid – Ferrari is set to slow the roll-out of new cars in the coming years.

Ferrari had said it planned to launch 15 models between 2019 and 2022, while achieving a significant increase in their average retail price.

In a bid to extract even more growth, Ferrari last year launched a plan to enhance its brand through new clothing and accessory collections, entertainment offers, and other luxury products and services for clients.

The strategy includes a manufacturing agreement with Italian fashion house Giorgio Armani and the opening of a restaurant with Michelin-starred chef Massimo Bottura in the group’s hometown of Maranello in northern Italy in late 2022.