Home
Market
Finance wants competitiveness role for UK watchdogs after Brexit
Prev Article Next Article
This post was originally published on this sitehttps://i-invdn-com.akamaized.net/trkd-images/LYNXMPEG0M005_L.jpg 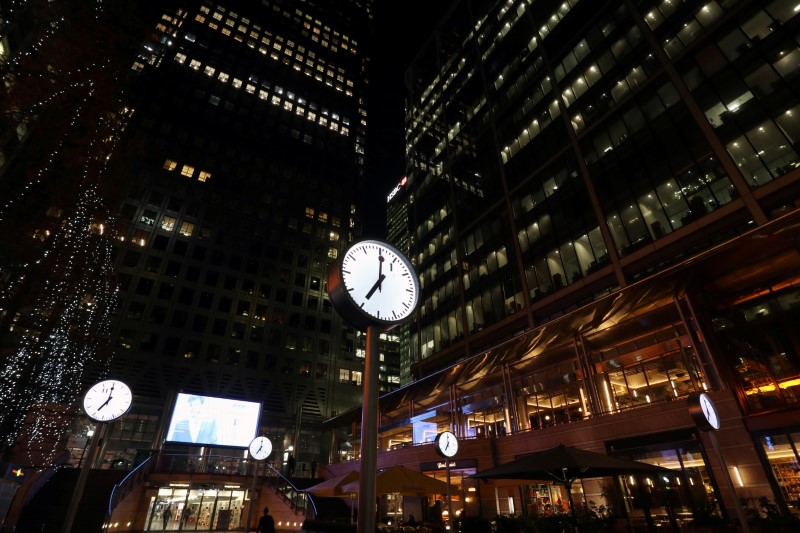 LONDON (Reuters) – Britain’s regulators should have a formal role after Brexit to keep the financial sector globally competitive and less prone to “gold-plating” international norms, an industry think tank said on Thursday.

The International Regulatory Strategy Group (IRSG) said new thinking and targeted reforms were required after Britain leaves the European Union on Jan. 31. UK regulators will write its own financial rules instead of applying those fashioned by Brussels.

“Brexit does change the structure around regulation and we need to reflect that,” Mark Hoban, chair of the IRSG and a former UK financial services minister, told Reuters.

The Financial Conduct Authority (FCA) and the Bank of England are responsible for keeping markets and financial firms safe and stable.

But in a report on regulation after Brexit, the IRSG called for a secondary remit of ensuring that rules do not put the financial sector at a competitive disadvantage to New York, Frankfurt or other rival centers.

British regulators have resisted such calls, fearing it would increase pressure to ease rules.

Their predecessors had to “have regard” to Britain’s global financial role and were tarnished by a “light-touch” reputation after the financial crisis a decade ago.

“The use of the word competitiveness is often quite loaded,” said Julian Adams, regulatory and government relations director at insurer M&G, and chair of the IRSG report.

“This is not code for a race to the bottom,” said Adams, also a former senior insurance regulator at the Bank of England.

The IRSG is sponsored by the City of London financial district and TheCityUK, which promotes Britain as a financial center.

Britain will remain a member of international financial standard setters after Brexit, whose norms typically form the basis for national or EU laws that Britain has often “gold-plated” – or toughened up.

The report calls for Britain to formally take into account international norms when writing rules to avoid exceeding them unnecessarily in a way that would harm UK competitiveness.

“You make sure the global standard is as good as you want it to be and need it to be as a regulator, and then you would try and limit to the extent possible any gold-plating,” Adams said.

UK rulemaking in isolation could also have implications for access to EU investors after Brexit, said Lucy Fergusson, lead author of the IRSG report and a lawyer at Linklaters.

The report called for a new parliamentary committee to directly focus on financial rules.

The competitiveness call is likely to get a sympathetic hearing from government, mindful that finance is Britain’s biggest tax-raising sector which may not secure good future access to the EU, its biggest export customer.