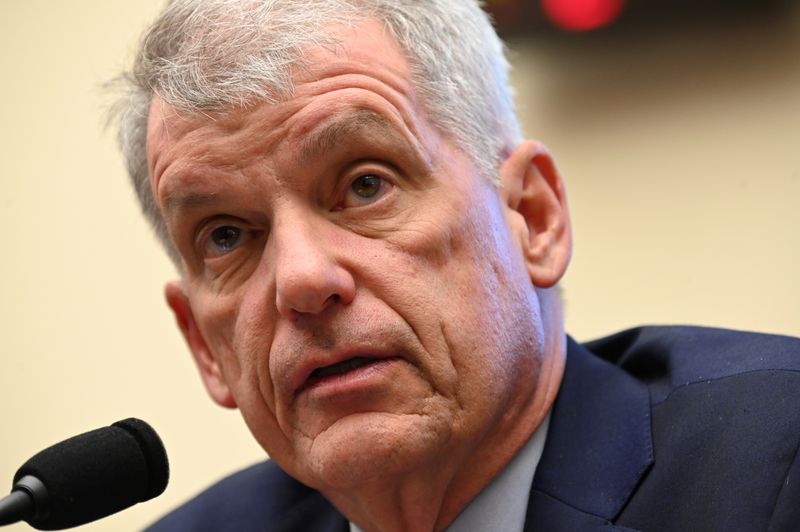 By Imani Moise and Pete Schroeder

Speaking to reporters, Democratic congresswoman Maxine Waters, who chairs the House of Representatives Financial Services Committee, said Sloan gave “inaccurate and misleading testimony” when he told the panel last year that the bank was in compliance with a settlement to remediate customers harmed by its sales practices.

Waters also called for the resignations of Duke, who chairs the Wells Fargo board, and director James Quigley, saying they failed to appreciate or swiftly act on the bank’s problems.

Counsel for Sloan did not respond immediately to requests for comment. Representatives for Wells Fargo and the Justice Department declined to comment.

While Waters does not have the power to order a Justice Department probe or remove bank executives, the report threatens to taint more senior executives at the bank, which lost two CEOs and several senior managers to the scandal.

Her comments also indicate Duke, previously a member of the U.S. Federal Reserve board, will be in for a rough ride next Wednesday when she testifies alongside Quigley before Waters’ panel, preceded by new CEO Charles Scharf on Tuesday.

On Wednesday evening, Waters released a report finding that the bank’s leadership and its regulators failed for years to address long-running issues at the bank regarding its culture and sales practices.

The report also said Sloan wrongly testified in March 2019 that the bank was in compliance with a 2018 consent order issued by the Office of the Comptroller of the Currency (OCC) relating to mis-selling of mortgages and auto loans.

Emails between OCC staff later showed that the bank was not in compliance with one aspect of the order’s customer remediation plan. On Wednesday, the OCC said it was confident it had the tools to ensure the bank fixes its problems.

In January, the OCC banned fined former Wells Fargo CEO John Stumpf $17.5 million to settle charges he failed to halt the misconduct and brought charges against eight other former executives. Wells Fargo has also paid out more than $7 billion in penalties related to the scandal since 2016.

Over the past three years, the bank has taken various steps to fix the issues and rebuild trust with customers, investors and regulators. That includes changes to its board, centralizing risk teams and hiring a chief executive from outside the company.