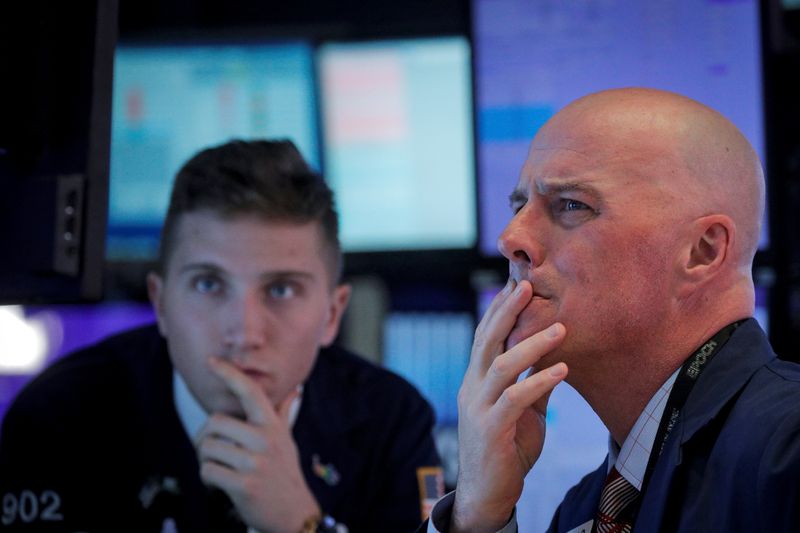 (Reuters) – U.S. stock index futures were mixed on Tuesday, as G7 heads indicated willingness to take steps to mitigate the economic impact of the coronavirus epidemic, but stopped short of announcing concrete measures.

Wall Street’s main indexes had soared in the final minutes of trading on Monday after their worst week since 2008 as central banks in Japan and the European Union joined the Federal Reserve in signaling further interest rate cuts.

But a statement https://home.treasury.gov/news/press-releases/sm927#.Xl5OpmGbM1F.twitter from a meeting of G7 finance ministers and central bank governors on Tuesday only said they stood “ready to take actions, including fiscal measures where appropriate”.

“I don’t think there is a whole lot they can do. You may see some rate cuts in the U.S. but rates are already pretty low in the rest of the world,” said Scott Brown, chief economist at Raymond James in St. Petersburg, Florida.

As of Monday, traders had fully priced in a 50 basis point reduction in borrowing costs from the Fed this month, according to CME Group’s FedWatch tool, compared with zero just a week ago, as the virus spreads faster outside China.

The epidemic, which has crippled tourism, disrupted global supply chains and raised alarms of a recession, has now killed more than 3,000 people and spread to more than 60 countries.

Focus will also be on U.S. politics as 14 states hold primaries on Super Tuesday to choose the Democratic candidate to challenge Republican President Donald Trump in the Nov. 3 election.

Chipmaker Advanced Micro Devices (NASDAQ:) rose 2.3% after Piper Sandler raised the stock to “overweight” on expectations the company would continue to gain market share from peer Intel (NASDAQ:) over the next several years.

Electric-car maker Tesla (NASDAQ:) was up 6.7% after brokerage JMP Securities upgraded the stock to “market perform”.