Home
Stocks
Futures Movers: Oil prices on track for weekly losses
Prev Article Next Article
This post was originally published on this site 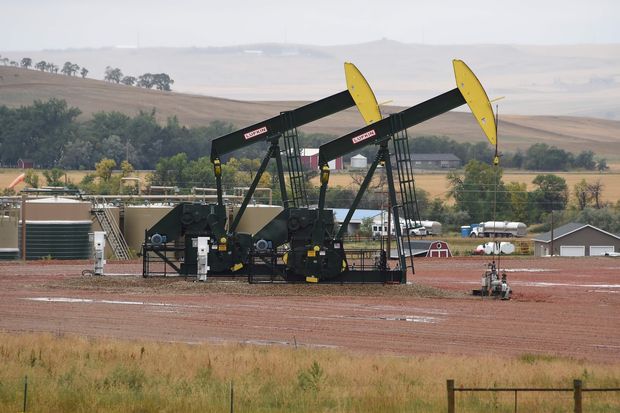 Oil futures gained ground Friday but remained on track for weekly losses, dogged by supply concerns as output from Libya rises, along with worries about crude demand as the number of new COVID-19 cases continued to accelerate globally.

West Texas Intermediate crude for December delivery CRUDE OIL – ELECTRONIC rose 18 cents, or 0.4%, to $40.82 a barrel on the New York Mercantile Exchange, while December Brent crude UK:BRENT CRUDE, the global benchmark, was up 21 cents, or 0.5%, at $42.67 a barrel on ICE Futures Europe. WTI was on track for a 0.8% weekly fall, while Brent was down 0.7%.

“There is little in the way of support from the demand side in view of the extremely high number of new COVID-19 cases — which yesterday climbed to nearly 500,000 world-wide,” said Eugen Weinberg, analyst at Commerzbank, in a note.

“There is also pressure on prices from the supply side due to the increase in Libyan oil production,” which according to reports has already rose to 560,00 barrels a day as of Wednesday following the reopening earlier this month of the country’s largest oil field.

Oil prices rose Thursday, taking back some of the previous session’s steep gains, but the spread between the December and January CLF1 widened by 2 cents, with December trading at a 30 cent discount to January. The spread was unchanged Friday.

“Front spread down when spot is trading up percentage points does not happen very often,” said Robert Yawger, director of energy at Mizuho Securities, in a note. “ In my opinion, it is a sign of short term relative weakness.”