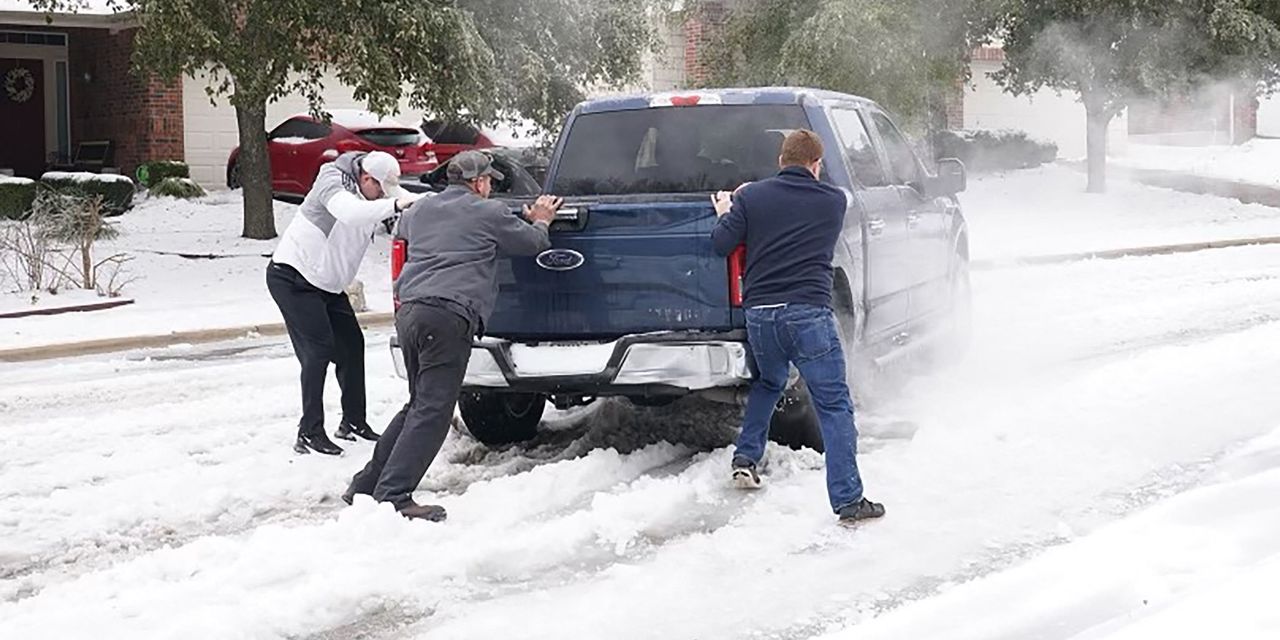 Oil futures extended their rise Thursday as Texas faced a fourth day of blackouts due to a deep freeze that is estimated to have also shut in around 40% of U.S. crude output, while also closing a number of refineries.

“It has become clearer that the impact from this cold weather has been much more severe than the market was initially expecting,” said Warren Patterson, head of commodities strategy at ING, in a note.

Around 4 million barrels a day of U.S. output has been knocked offline as a result of the storms that have hit the state, according to Bloomberg.

At the same time, the weather is also hitting demand for crude, with an estimated 3.6 million barrels a day of refining capacity idled, Patterson noted. For now, however, output losses appear to exceed the fall in refinery operating rates, he said.

Storage data will also be in focus Thursday, after the American Petroleum Institute, an industry group, late Wednesday said U.S. crude supplies fell by 5.8 million barrels in the week ended Feb. 12, according to sources.

The data, delayed by a day due to the Presidents Day holiday, also reportedly showed gasoline stockpiles climbed by 3.9 million barrels, while distillate inventories declined by 3.5 million barrels. Crude stocks at the Cushing, Okla., storage hub, meanwhile, edged down by 3 million barrels for the week, sources said.

Inventory data in coming weeks is expected to be distorted by the storms.