Home
Market
Futures near record on trade deal, robust earnings
Prev Article Next Article
This post was originally published on this sitehttps://i-invdn-com.akamaized.net/trkd-images/LYNXMPEG0F14S_L.jpg 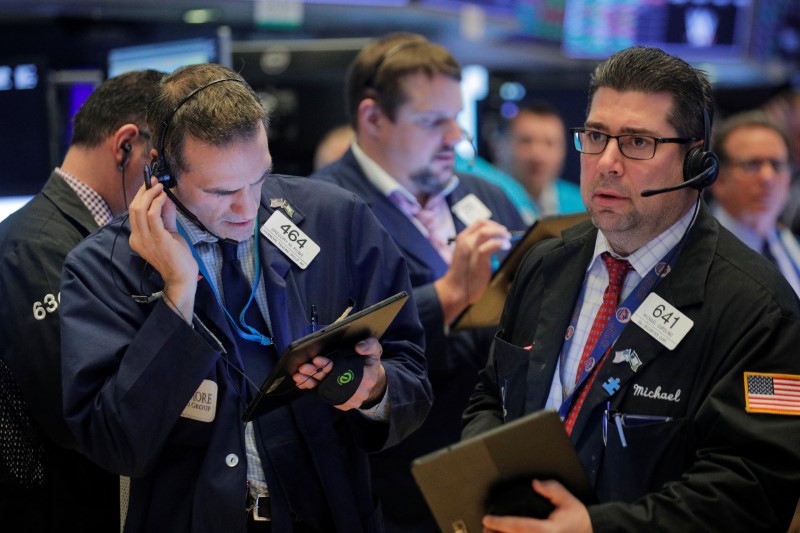 (Reuters) – U.S. stock index futures hovered near all-time highs on Thursday on optimism over an initial U.S.-China trade deal and a positive start to the fourth-quarter earnings season.

The blue-chip Dow Jones Industrial Average () closed above the 29,000 mark for the first time and the benchmark S&P 500 () hit a record high on Wednesday after U.S. President Donald Trump and Chinese Vice Premier Liu He signed the long-awaited trade pact.

China is expected to boost purchases of U.S. goods and services in exchange for the rolling back of some tariffs as part of the deal, but concerns remain with several thorny issues still unresolved.

The deal eased a worry that had kept investors on edge for over a year and helped them focus on quarterly earnings.

Analysts expect earnings at S&P 500 companies to have dropped 0.5% in the fourth quarter, according to Refinitiv IBES data, the second consecutive decline.

Shares of semiconductor stocks, including Micron Technology Inc (O:) and Advanced Micro Devices Inc (O:), were up about a percent after a promising outlook from the world’s top contract chipmaker TSMC (TW:) (N:) pointed to a recovery in the chip sector.

TSMC is considered a proxy for global tech demand as its clients include Apple (O:), Qualcomm (O:) and Huawei .

A slew of economic data including retail sales, Philly Fed business index and weekly initial jobless claims numbers are due at 8:30 a.m. ET.

Retail sales is expected to have increased 0.3% in December, compared to 0.2% rise in November. The numbers will be of particular interest after Target Corp (N:), Kohl’s Corp (N:) and J.C. Penney Co Inc (N:) all reported disappointing holiday sales.

Signet Jewelers Ltd (N:) was a bright spot, jumping 16.8% after raising adjusted earnings estimate for 2020 on the back of upbeat holiday season sales.