Home
Market
Germany's RWE to cut nearly a third of workforce in coal phase-out
Prev Article Next Article
This post was originally published on this sitehttps://i-invdn-com.akamaized.net/trkd-images/LYNXMPEG0F1AO_L.jpg 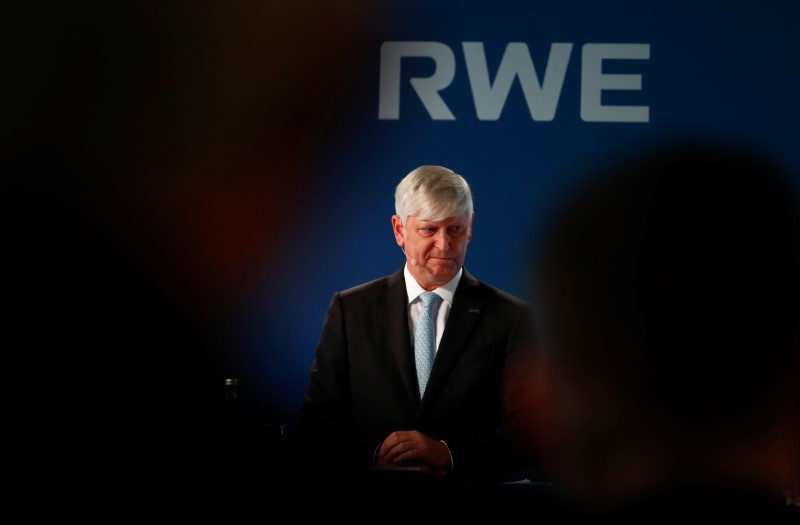 FRANKFURT (Reuters) – RWE (DE:), Germany’s biggest power producer, will cut about 6,000 jobs by 2030, or nearly a third of its current workforce, due to an agreed phase-out of brown coal as an energy source, it said on Thursday.

RWE will also receive 2.6 billion euros ($2.9 billion) in compensation over 15 years to soften the blow to its business, it added, saying this was below its own 3.5 billion estimate, which excludes lost profits from its power stations.

“RWE stretches to the limits of what is possible,” Chief Executive Rolf Martin Schmitz told journalists on a call. “And we will bear the majority of the burden the German government demands for the coal phase-out.”

Shares in the group were still up 1.3% at 1422 GMT, the second-biggest gainers among German blue-chips, having earlier touched their highest level since Sept. 25, 2014. Traders welcomed the outcome after months of wrangling.

Schmitz denied speculation that RWE might now seek to sell its coal assets, adding the group, which is also Europe’s third-largest renewable group after Iberdrola (MC:) and Enel (MI:), would stand by its employees.